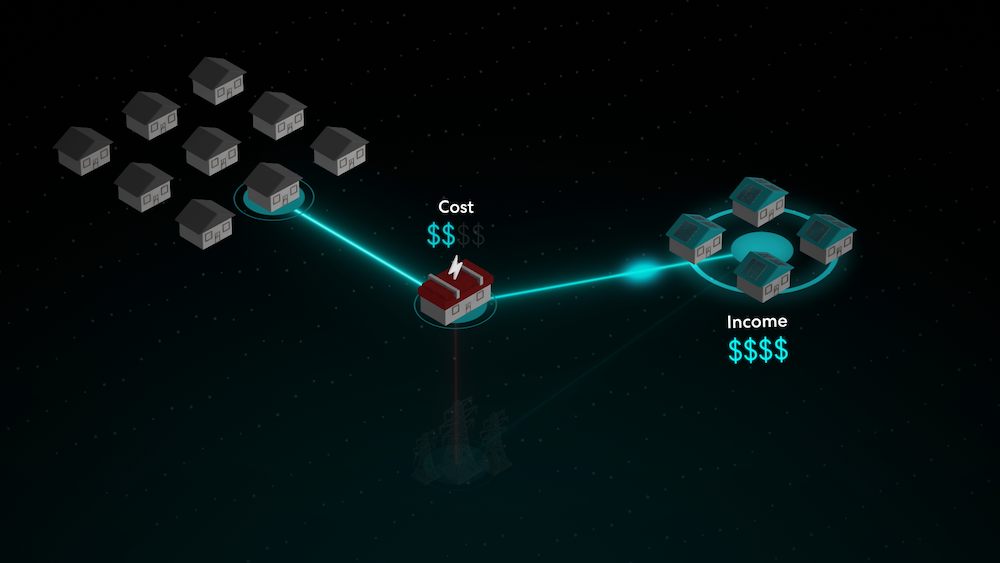 Startcon 2019: new energy system marketplaces and the future of work

Last Friday Dr Jemma Green presented on the changing energy market and the future of work at StartCon in Sydney, Australia's largest conference for entrepreneurs, startups and innovation teams.

Power Ledger is building the operating system for the new energy marketplace; our technology closes efficiency gaps, to make the energy market more fluid and responsive.

Last Friday Dr Jemma Green presented on the changing energy market and the future of work at StartCon in Sydney, Australia's largest conference for entrepreneurs, startups and innovation teams. Here is an overview of her presentation.

In 2017, the price of solar, wind and battery power fell below 15 cents per kWh - this was the first time renewables cost less than fossil fuels.

This moment in history went largely unnoticed by most people. But for my fellow Power Ledger co-founders and I the significance was not lost.

Theoretically this was the beginning of a new era. This should have been great news for electricity prices, for the billions of people living in electricity poverty, equally for the millions of businesses who depend on affordable electricity to be competitive - and of course, for the clean air too.

And for several consecutive years, US$350 billion is invested in new energies annually globally. But there is no energy revolution yet.

And the reason for this lies in the details of the way electricity is produced and distributed.

We still need the grid to meet peak demand - when everyone wants electricity at the same time. Energy companies can rightly say “you need us for the peak, so we’re going to charge you accordingly.”

Then there’s the transmission of electricity, which also adds cost.

Power Ledger’s technology helps make energy marketplaces be more fluid and responsive, by including smaller participants and providing a low cost way of trading and settling.

Consumers used to be at the bottom of the centralized energy system chain, but now, using our technology, they can sell their solar and battery energy, more actively participate in markets and receive greater benefits for the value they provide to the system.

And in doing so, contribute to a more sophisticated market where lots of smaller players can contribute energy to the grid as well as being consumers.

We have created software that enables peer-to-peer (P2P) energy trading from rooftop solar panels and batteries. Using blockchain technology, we empower households to trade their excess rooftop solar power with their neighbors and their energy company.

Within any market where there is a disruptive innovation, incumbent players can do one or a combination of three things:

For incumbents, fighting against an innovation may delay disruption, but generally won’t avoid it. Flight may mean do nothing or divest. Innovation isn’t a guarantee of survival, and innovation isn’t just on product, but also on commercial and governance models in a market.

However, innovation is necessary for survival.

While there may be a shift in energy markets, this doesn’t necessarily mean there has to be an ‘out with the old, in with the new’ mentality. For Power Ledger, we’re not trying to cut out electricity retailers - we want to and we are already working alongside them as partners in innovating. And in most cases, retailers are open to an opportunity to help alleviate reliability issues, peak demand pressures, reduce costs and create a more sticky customer.

At Startcon, I was asked to speak about the topic conference, the changing nature of work.

Here are my high levels views on the implications of a changing energy system for the future of work:

Energy markets to date have failed to keep pace with the advancements in solar technology and battery storage.

Our software works alongside the existing infrastructure of energy systems, enabling greater control and ownership for consumers and producers alike.

During my presentation I gave examples of how our platform is being applied in different energy markets under a variety of regulatory models.

In our home country of Australia, our platform has been deployed in the National Electricity Network (NEM) in South Australia to facilitate a Virtual Power Plant (VPP) as well as a number of projects in regional and metropolitan areas.

See below a list of some of the ways Power Ledger’s platform is being uniquely applied to different energy markets.