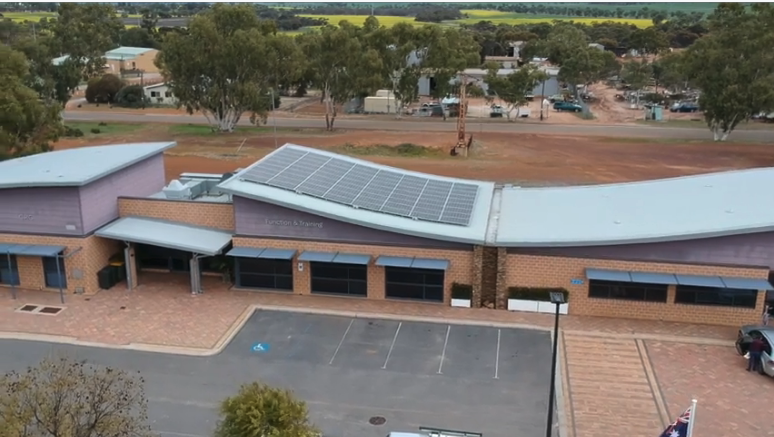 Powerledger has launched the first trial of its blockchain-enabled peer-to-peer (P2P) technology outside of a metropolitan area, with participants including local shires and farmers in Western Australia.

Energy trading software company Powerledger has launched the first trial of its blockchain-enabled peer-to-peer (P2P) technology outside of a metropolitan area, with participants including local shires and farmers in Western Australia.

In partnership with Innovations Central Midlands WA Inc, BSC Solar, Sonnen and CleanTech Energy, this is the first regional application of the technology where commercial buildings will trade excess solar between each other.

“The current energy system relies on large-scale power stations pushing energy to some consumers located hundreds of kilometres away. This requires an even further energy push when trying to reach regional areas such as Wongan Hills or Moora,” said David Martin, managing director and co-founder of Powerledger.

Powerledger is launching its energy trading platform in the Shire of Wongan-Ballidu to trial its technology at nine commercial sites and one site from the Shire of Moora.

The current feed-in-tariff model provides no financial compensation to commercial sites that are feeding excess solar power back into the energy grid. By using Powerledger’s P2P platform these sites will be able to monetise their excess solar energy.

“We now have the ability to generate power from our rooftops, from renewable sources – and the existing energy system needs to transition or face an increasing crisis of relevance. If successful, which we believe it will be, this could revolutionise the way rural energy systems operate,” said Mr Martin.

Wongan-Ballidu Shire said it was always looking for opportunities to bring value to its residents and considered the trial to offer a great incentive to locals to contribute more to the economy.

“Sustainability and energy efficiency is vitally important in rural areas where communities truly understand the need to be self-sufficient. This allows us to use the grid more efficiently and reduce the cost of energy for everyone – this is a major upside to our residents,” said Stuart Taylor, Shire of Wongan-Ballidu CEO.

“There’s plenty of sunlight in the bush that is just going to waste, or is getting fed back to the grid for nothing. With Powerledger’s platform we’re seeing some compensation to the Shire of Wongan-Ballidu and businesses that have invested in solar technology,” said Mr Mason.

“Given the vast number of businesses that support the agricultural industry and the houses, sheds and equipment used by farmers in their day to day operations (with all requiring significant amounts of power), this platform has the potential to save us thousands of dollars in electricity costs.”

Powerledger has active projects in Western Australia metropolitan areas and in several countries around the world including Austria, Thailand, Japan and the United States.

The company has been approached by a number of other WA regional shires interested in trialling the technology in their respective regions.