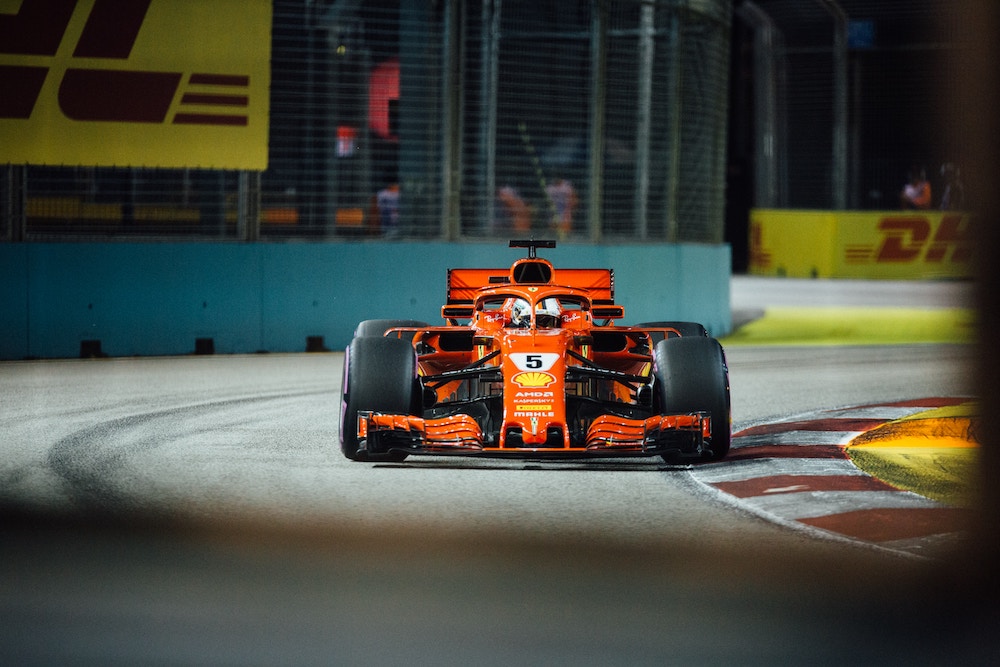 Co-founder David Martin shares his Formula One theory on the consumer landscape and why companies need to innovate or risk being left behind.

Catering to the ever-changing consumer landscape is like tearing around a Formula One race track.

In F1 you need to be going at top speed to maintain enough traction to keep you on the track.

In order to transform your business, you need speed, agility and split-second timing to navigate the changing landscapes of technology and consumer demand.

Some businesses are never headed on the way to the chequered flag, others run off the track at the first turn and end up in the graveyard of once booming businesses who have been left behind.

Amongst the wreckage you’ll find Blockbuster, which filed for bankruptcy in 2010 - a few years after it turned down a deal with global streaming platform Netflix, then in its infancy but now with a market cap of roughly US$131 billion.

It’s an example of how adjusting quickly to consumer preferences is key for survival.

And that adage where ‘Customer is King’ has never been more important in a world where business opportunities are becoming increasingly liberalised and the benefits commoditised.

With Uber you can now become a taxi business - you can even use your own car.

You also don’t need to invest millions into a fancy hotel to become a hotelier; your guest bedroom will easily suffice, thanks to Airbnb.

With technology advancing at a rapid rate, no industry is immune to change.

So how can we best navigate the evolving consumer market to prevent our business from crashing?

The Customer Is Always Right

It’s a motto that has divided the business world since the early 1900s, when first spoken by  Harry Gordon Selfridge, the founder of Selfridges department store.

Hate it or love it, in 2019 you certainly need to have the consumer experience top of mind.

Apple is one tech company who knows this better than most, last month deciding to kill off its iTunes offering after 18 years.

Like the movie industry, most people are happy to stream music without necessarily having to physically ‘own it’.

So the company is looking to concentrate its efforts on its streaming subscription service Apple Music.

Apple is one of those companies that understands the need to put innovation at their core, instead of seeing it as a chore.

Sure, the organisation is full of tech heads, so innovation is arguably a part of their every day.

But even traditional industries with well-established models are starting to take notice, building innovation hubs and incubator arms into their business.

Just as preferences for watching movies and listening to music have changed - so too has energy consumption.

At the recent London Tech Week I witnessed how some of the world’s most prestigious brands are acknowledging that the systems, processes and cultural attributes that have led to their success aren’t necessarily aligned with achieving success in the future.

Rolls-Royce, which spoke at the event, acknowledge they’re bloody hard to work with if you’re a tech startup and that the clash of cultures can be fatal for startups who can’t survive “the long maybe…” from even the most well-intentioned corporates looking to bring new technology and new thinking into their operations.

Rolls-Royce is one of a handful of large corporations trying to make it easier to collaborate with tech startups, so they don’t inadvertently stifle innovation by killing innovators with their internal bureaucracy.

The company has its own innovation engagement group and is currently exploring a whole host of initiatives including its ability to engage with entrepreneurs from outside of the business. It’s an interesting transformation to exploring a broad range of new technologies and capabilities, considering Rolls-Royce started out as a motor car business in 1906.

Austrian utilities company Energie Steiermark is another organisation that has created an innovation arm; E-NEXT with the NEXT-Incubator.

Last month E-NEXT launched a peer-to-peer energy trading project with Powerledger, to enable select households in the city of Graz to trade solar energy with their neighbours.

The emergence of distributed energy resources (DERs) has forced utilities to consider a new model where the industry moves from its centralised state to one where ‘the four D’s’ dominate;decarbonised, digitalised and, increasingly, democratised.

High-cost and high-carbon outcomes have been an entrenched factor of energy system design and consumer investment in distributed solar is a reaction to this. Now, we are seeing that investment also move into energy storage.

Most modern utilities are responding to this challenge and are now looking at how they integrate DERs into modern systems and market designs but they’re looking at the symptom, not the cause.

Consumers don’t want to think about electricity in terms of kilowatt hours and tariffs, they want a lifestyle choice.

Consumer energy buying preferences are a mix not just of “four D’s” but “four C’s” – comfort, cost, carbon and control.

The value proposition is a balance of considerations that include a range of unfolding possibilities which have never been a part of the energy industry’s thinking.

For example; how does the sharing-economy influence a consumer’s energy needs?

How do we incorporate the possibilities of wireless electricity transmission that’s made possible through shared electric vehicles and mobile distributed storage?

Distributed energy services are fundamentally tradable meaning that consumer choice becomes a commodity to be traded between consumers.

As an esteemed panelist at Event Horizon said: our energy system has traditionally been socialised with the benefits politicised; but now solar energy and technology, such as DERs are liberalising the market, just like Uber and AirBnB, where you don’t have to be a massive electricity company to commoditise energy.

There is now an emerging opportunity for energy products and services to be liberalised, with the benefits commoditised - anyone with a solar panel can participate in the market and commoditize their solar power, and those that don’t have the means for solar infrastructure can still opt for clean energy.

There are still utility companies that see innovation as a chore, with internal bureaucracy, legacy assets and traditional thinking stifling the ability to present new options to consumers.

The future energy market is shaping out to be increasingly designed and deployed by consumers.

To prosper, all energy market players will need to ensure they can nimbly adjust to provide new offerings as more technologies emerge and consumer preference continues to evolve.

Or face the risk of being forever stuck on the starting grid watching everyone else disappear around the first bend.