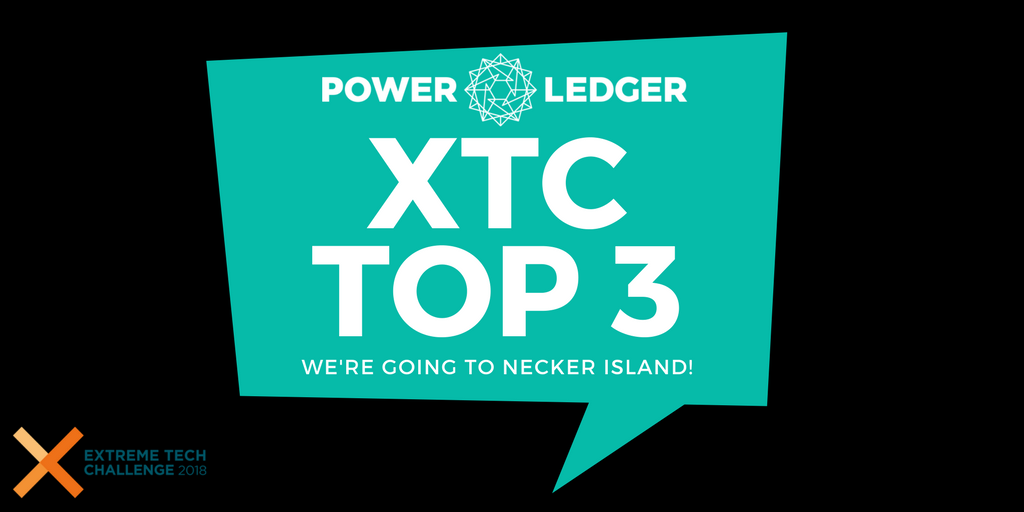 Powerledger Named As One Of Three Finalists In Extreme Tech Challenge

The top three will go on to Richard Branson’s Necker Island to pitch their ventures to a phenomenal panel of judges.

Powerledger has been named as one of three finalists in the 2018 Extreme Tech Challenge (XTC) who will appear at Richard Branson’s Necker Island later this year.

In showcasing our blockchain-powered energy trading platform, we’ll be competing to win resources to amplify and scale the Powerledger platform. The winner of XTC will also gain the ability to scale, mentorships and unprecedented access to key investors.

Powerledger co-founder and Chair Dr Jemma Green commented: “Getting the chance to present our peer-to-peer renewable energy trading platform at CES 2018 was a fantastic opportunity to get our message out to even more markets around the globe. We know that our solution is one that can truly make a difference in humanity, in both developing and developed nations. Visiting Necker Island for the Blockchain Summit was a great privilege and I’m so excited that Power Ledger can return as an XTC finalist.”

The other two finalists announced were Revl, a smart action camera company that uses AI powered editing software, and Owlet, an infant health platform that empowers parents to care for their children.

The top 10 semi-finalists who pitched at CES included Abra, AirSwap, BioCellection, Chooose, Neurotrack, Rayton Solar, Safe Motos and Tissue Analytics. Plaggio Fast Forward, the wild-card selection, also appeared on stage but was not eligible to compete for the finalist spots.

You can watch a stream of the #XTC2018 finalist presentations and the announcement below:

Note: In light of the recent natural disasters that have devastated the British Virgin Islands, Necker Island included, the XTC 2018 Finals have been rescheduled to take place October 19, 2018, formally announced in an official statement from XTC Co-Founder, Bill Tai:

“Today we announce the official date change of XTC 2018 Finals to this Fall 2018 on Necker Island, BVI. The Extreme Tech Challenge was born on Necker Island four years ago and returns to its birthplace for the finals year after year. 2017 proved to be a challenging year for the island community and after several months, the British Virgin Islands are still recovering from the devastating effects of hurricanes Irma and Maria. Rather than leave or change the location for the XTC Finals during its most vulnerable time, we have made the decision to stick with Necker Island as the community works to rebuild in conjunction with ACTAI Global and XTC. We are so grateful to have the continued support of Sir Richard Branson as we move towards another amazing challenge. Join us in our continued support of the BVI community.”