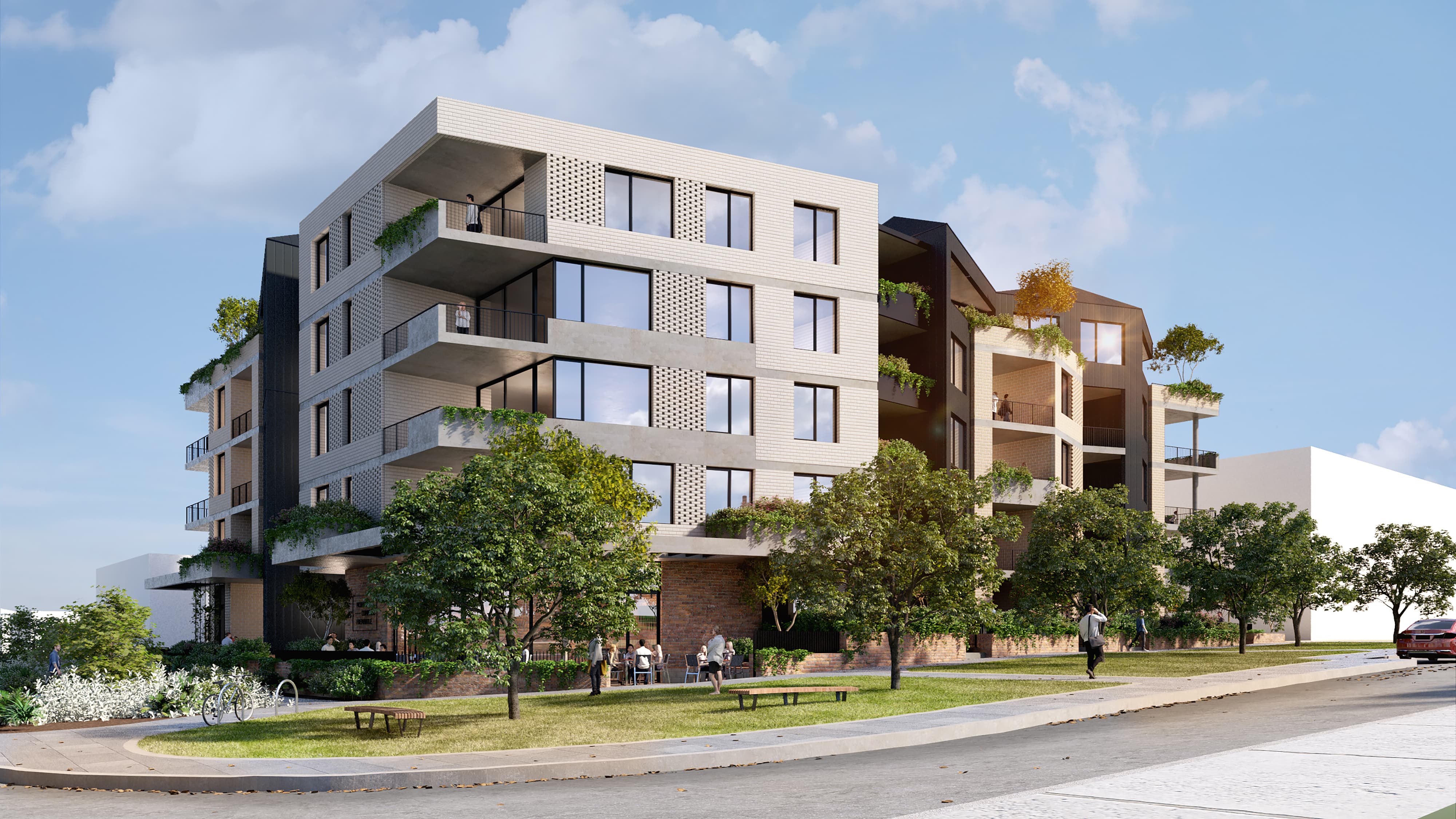 Residents in a planned new apartment complex in Fremantle will save 50 percent on their annual strata levies under a landmark renewable energy partnership between technology.

Fremantle, Australia – September 4, 2020: Residents in a planned new apartment complex in Fremantle will save 50 per cent on their annual strata levies under a landmark renewable energy partnership between technology company Powerledger and developer OP Properties.

OP Properties’ five-storey development, Montreal Commons, will comprise 39 apartments, a ground floor cafe and basement parking, and will be one of the first ever carbon-neutral apartment buildings in Australia.

“Montreal Commons pays homage to the area’s industrial heritage and will contribute to the character of the East Village at Knutsford Mixed-Use precinct, while giving its residents a greener, more sustainable lifestyle,” said OP Properties Co-Founding Director Nic Osboine.

The project, which is expected to set a global benchmark for sustainable apartment design, will use developer-funded 75 kW solar rooftop PVs and local battery storage, topped up with 100 per cent green energy from the grid through local electricity retailer Change Energy.

The apartment owners within Montreal Commons will be able to sell excess solar electricity they generate back to the 670 kWh on-site battery using Power Ledger’s energy trading platform. During times of peak demand they can then buy back electricity, as required, from the on-site battery at an agreed price.

OP Properties Co-Founding Director Luke Parker said OP Properties will cover the full cost of installing the rooftop solar system, ensuring no debt or pay-back period for apartment owners, with ownership and full benefits of the system then handed over to the future strata company rather than individual apartment owners.

He said the combination of solar technology, Powerledger’s trading platform and unique strata ownership model will result in electricity cost savings, which will be passed on to apartment owners through an ongoing 50 per cent reduction in annual strata levies.

“Typically the only people who benefit from solar on apartment buildings are those who are home during the day, so while it’s a ‘nice-to-have asset’ it’s never provided a sufficient incentive to drive large-scale investment in sustainable technologies,” Mr Parker said.

“The holy grail of being carbon-neutral and delivering a 50 per cent strata offset is a win-win for buyers and a game-changer in terms of showing how low-carbon design outcomes can be used to create financial benefits for apartment owners globally.”

Montreal Commons is on track to achieve One Planet Living Recognition, which ensures it meets key principles that support social, environmental and economic sustainability.

The estimated carbon reduction from the project is about 240 tonnes of carbon per year, or 6 tonnes per apartment.

“Powerledger is a global business and this is the first time we’ve seen such a progressive model being implemented in an apartment building,” said Power Ledger Co-Founder and Executive Chairman Dr Jemma Green.

“The Montreal Commons development shows what’s possible in residential energy trading when developers commit to renewable energy as part of their early planning.”

extensive and positive dialogue with the City of Fremantle, DevelopmentWA and other key stakeholders.

Montreal Commons is the second lot to be developed as part of DevelopmentWA’s East Village at Knutsford Mixed-Use Precinct, which is a former industrial site in Fremantle.

“This development will build on the many lessons we have learnt from other landmark DevelopmentWA projects, including WGV at White Gum Valley – WA’s first One Planet Community.”

The precinct has become a showcase for energy-efficient residential infill development, with the first stage featuring a microgrid supply network for water and power that also connects to the 670 kWh on-site battery. As part of the first stage, Powerledger’s platform will be used to share locally-generated rooftop solar energy between 36 planned townhouses.

More information about Montreal Commons and registrations of interest can be found at www.montrealcommons.com.au.