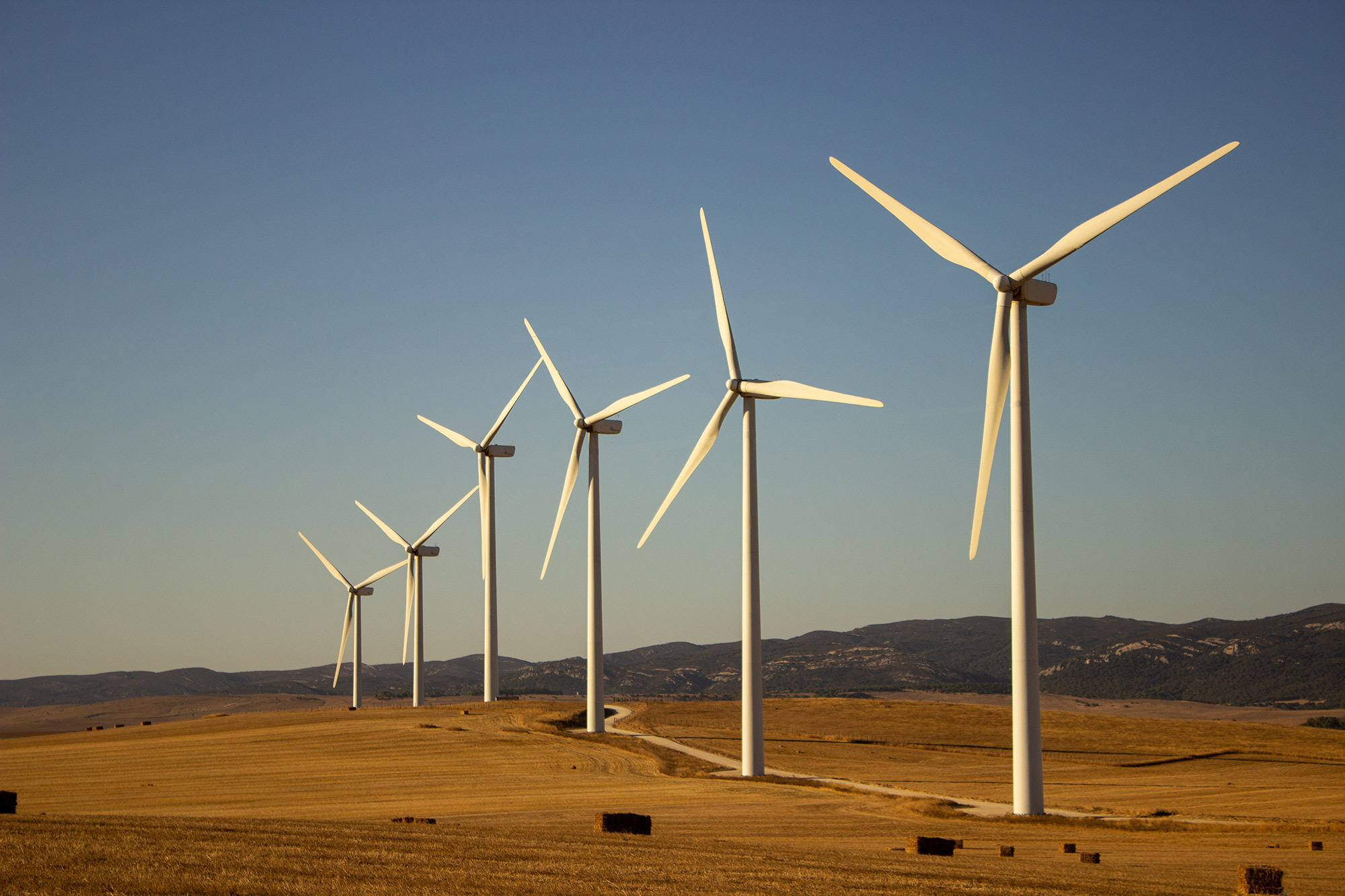 Greenwatts and the rise of the PPA

Power Purchase Agreements are now a vital component of a company's eco-armory. Together with RECs they are now setting the agenda.

Around 15 years ago, many companies could have put any green-sounding statement or series of platitudes on their Environmental, Social and Governmental (ESG) webpages, pepped it all up with a little carbon offset and bingo: they could consider themselves as green as the next multinational.

But as environmental awareness grew, and people started doing the sums on how long trees had to be in existence to genuinely deliver the carbon offset, it became clear that such gestures would no longer cut the mustard, let alone cut any carbon emissions.

Then, around 10 years ago, Renewable Energy Certificates (RECs) made their way onto the ESG agenda. RECs mapped out how much renewable energy was being created, and these certificates became tradeable items that started generating revenue for genuinely green projects.

From words, RECs created payments for environmental attributes and real actions, with solar farms being set up on the back of those payments.

Rightly or wrongly, some energy commentators in the media are questioning the transparency of RECs. I believe all RECs have a place, but those with additional attributes, such as spatial or social RECs, will trade at a premium.

Corporate sustainability leaders are now seeking to match their REC-buying against their load profile to deliver system benefits and more green credentials in doing so. Clearly, time and place-specific RECs are more valuable than general non-specific RECs.

Whilst buying RECs means companies are able to validly claim, they have used green-equivalent energy. Some have wanted to extend their sustainability credentials, but the conventional RECs don’t include the information to be able to do that.

In the past few years many companies have looked for something more robust and stringent to complement their REC-buying that will help them further differentiate themselves from the carbon-intensive industries of old. As demand for highly specificed RECs grow, and companies beyond just tech companies start wanting them, it's easy to see how they could lead us into a much more sustainable form of energy production.

Leading this quest has been GoogleGOOG +1.2%. Perhaps unsurprisingly, it has two things that have helped it concentrate the mind around this issue.

Firstly, a significant budget with which to attack the problem.

Secondly, Google has the technical capability in-house to match energy procurement by facility and by hour. Many other companies, even if they wanted to, would struggle without dedicated software to track this at such a granular level.

There is a gap in the market that innovative energy solutions are addressing.

Taking CO2 out of the cloud

In dealing with this issue, Google, has in part set about taking on green energy by means of Power Purchase Agreements (PPAs).

These are long-term agreements with power producers that guarantee the provenance of the electricity a company is buying.

In many cases they are used to set up and maintain large solar power plants in places like Bridgeport, Alabama, and Clarksville, Tennessee, to deliver huge amounts of electricity. Where possible, Google co-locates its data centers near these solar farms to reduce any transmission headaches.

The signs are that where Google has gone, others are surely following.

A large university, a big water plant, a metropolitan area, or anywhere with big buying power may be tempted to purchase a PPA; one can have greater say over the source of renewable energy they buy.

There can be no doubt that the claim is many times more persuasive than some of the practises of yore.

But, as ever with the story of green energy, things are never quite as simple as they seem.

The idea of buying electricity directly from the generation station itself isn’t new.

PPAs started when big consumers of electricity would buy their electricity in three-phase form, for industries like aluminum smelting, which consumed truly eye-watering amounts of energy for reduction facilities to melt blocks of aluminum ore.

Such industries found they could save equally large sums of money by going straight to the producer and cutting out the retail layer.

In fact, in Australia, one of the main functions of aluminium smelting is precisely this: as a tool to balance the grid, and for this reason the industry receives a lot of cheap electricity. Of course, due to the nature of the production process, the power cannot be turned off for more than 4-5 hours otherwise the liquid aluminum solidifies and wrecks the plant infrastructure.

So a PPA isn’t just a bulk order of your favorite type of electricity. It’s a partnership with the grid whereby you enter into a symbiotic relationship with the generator system.

It takes a long time to sort out the procurement contract, and the costs of creating the contract are not insignificant, either. Typically, accounting and advisory firms will take a number of months to hammer out a deal that gets signed off by both parties.

But the evolution of a PPA in the modern carbon-conscious economy is an interesting development, and it brings a long term statement of environmental intent to any company that wants to purchase one.

Take the following example: Breweries in the US spend in excess of $200 million on their electricity every year. Not surprising when you think of the processes involved.

Heating up liquids, chilling them, compressing air, refrigerating the final product - all of that takes energy. And many of their drinker customers like their beer maker to show wholesome credentials on carbon. So it makes sense for a brewery to build or sponsor some renewable energy resources, like a wind farm or a solar farm, or both together.

A wind or solar farm might provide a large percentage of the brewery’s power, and instead of paying an electricity bill every month, the brewery can create an investable amount of money that funds the building of their own solar and wind farms in the first place.

A deal like this would be called a financial or virtual PPA (see earlier article), as opposed to a physical one.

So far, so simple.

But as we’ve learned, that power needs to be backed up by a baseload component. In Google's case, it’s nuclear. (Though they tend to refer to this somewhat euphemistically as carbon-free thermal).

If you’re a brewery in Western Australia, it would be coal-fired power. Whatever it is, you’ll need something that will drive the plant, the factory or the office in the dark winter months when there is no wind. That component comes as a cost because it's usually the electricity everyone else wants, too, at that particular time, and there are various ways to secure it for when that time comes.

Buying the baseload for a PPA

Delivering to the PPA when the power from your wind farm isn’t producing the kilowatts, calls for an arrangement known as sleeving.

Rather like BYO (bringing your own bottle to a restaurant), you won’t, of course, pay for the bottle you’re taking along, though you might pay a corkage charge for using the restaurant facilities. You might also need to buy an extra bottle from the restaurant at full price if you don’t judge the quantities correctly.

Sleeving arrangements are almost always necessary because few organizations have the necessary battery storage to manage through the shortages.

But whatever the nature of the contract, it’s clear PPAs, along with RECs, allow you to achieve 24-hour renewable power, sponsor real renewable energy that supports the grid, and claim a strong standard of green energy consumption.

Like many services that were once the preserve of big corporations, over recent years PPAs have been gradually working their way down to smaller and smaller types of organizations.

It’s not uncommon for a company with a much lower turnover than could ever normally qualify for a PPA to become interested in acquiring one. After all, why should only the big companies have the cleanest energy?

Thanks to the advent of blockchain technology, it's possible to accommodate this.

The process is simple. You take the big contract that is a PPA and you simply split it, or “tokenize” it, into smaller units. This means there’s effectively no limit on how small the units of energy or the length of time can be. And because there’s now a secondary market for PPAs, you can on-sell your power agreement after your company’s circumstances change.

The other development is that the provider of green energy no longer has to be a recognized solar or wind farm. It can be a collection of rooftops in a peer-to-peer energy sharing scheme.

The brewery discussed above can even create a tender with its local neighborhood to supply a micro PPA. There can be benefits in kind, and a variety of bells and whistles that make such an agreement an attractive proposition, even possibly a go-to solution in the future.

While these forms of arrangements are just in their infancy, it's possible we’ll be seeing much more of it in the coming years.

But a few things are certain. Green energy has come a long way, now incorporating additional attributes from RECs and the tokenized PPA - for the moment at least - looks set to be the way forward