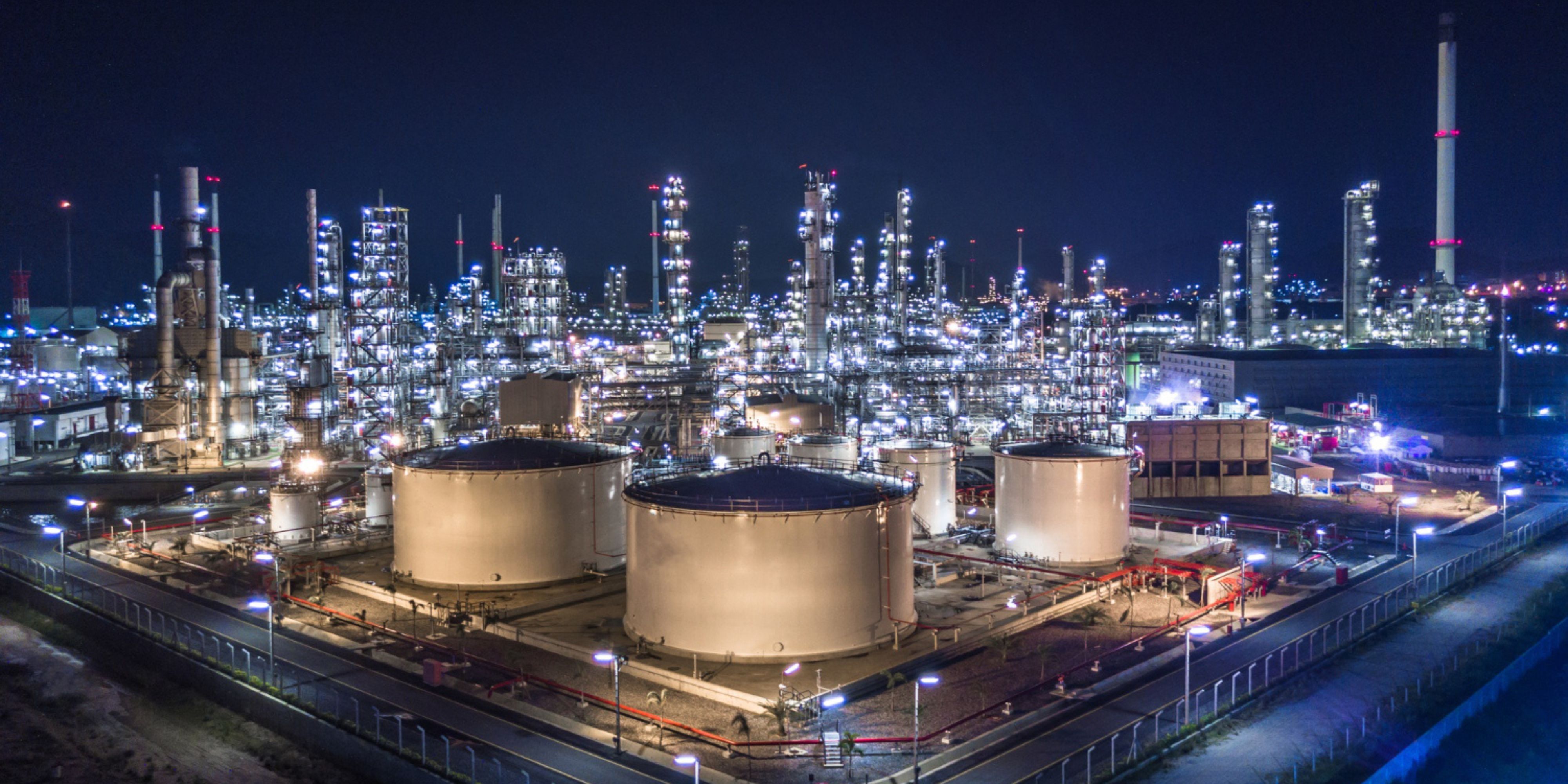 How gas and privatization transformed the energy world.

If the 1970s were about the realization that there was no easy energy utopia, the 1980s were about finding a way out of, but also living with, that painful new vulnerability.

The oil energy crisis that had been triggered by events in the Middle East set off a global recession and shook the United States to its core. In the UK, it precipitated a coal energy crisis.

In Britain, the National Union of Miners, possibly inspired by OPEC’s success in humiliating the West, achieved a similar feat by withholding coal from the nation.

Just three months after the 1973 Middle East oil crisis, Arthur Scargil, the leader of the National Union of Miners inflicted an unforgettable strike that forced UK Prime Minister Edward Heath to declare a state of emergency soon after.

As a result of the miner’s strike, the whole of Britain was reduced to a three-day working week so fuel stocks could last longer.

The knock-on effect to the economy was severe, with street lights turned off to save power, and offices forced to use candles for light and duvets to keep warm.

Thatcher takes on the unions

Fast-forward to the 1980s and with Margaret Thatcher now UK Prime Minister, she was determined to make sure the nation never again experienced such humiliation.

Thatcher began systematically bolstering all the weak points of Britain’s energy supply system that had been so vulnerable during the prior decade.

Just-in-time levels of coal stocks were replaced by mountains of reserves, enough to keep the country supplied for six months of striking.

Thatcher's preparations didn’t stop there; she also made secret deals with non-unionized drivers to transport the coal in the event of a strike, and changed the law governing the scope and power of trades unions.

When the inevitable conflict came, in 1984, Thatcher’s painstaking planning showed she was ready for every move Scargill would make.

In particular, the reserves of coal she had amassed meant that striking miners were losing money, but this time with no discernible effect on the functioning of the nation or its economy.

Added to this, the UK collieries were now no longer an exclusive source of coal for UK power stations.

Buying German coal had actually become a cheaper option, and one Thatcher would readily start exploiting with devastating consequences for Scargill and his unions.

Two things had become clear to Thatcher, and indeed many other nations by the ’80s: Firstly, if energy was no longer abundant through meterless nuclear or cheap Middle Eastern oil, then it followed that it had to be optimized and streamlined to help provide growth for an economy.

Secondly, if reliance on any one source of energy rendered a nation vulnerable to strikes and embargoes or a failing oil-rich dictator, then sources of energy must be diversified.

The US free-market approach

In the US under President Ronald Reagan, this meant removing national fuel price controls, and de-emphasizing energy as a special case to allow a more free-market approach to finding new sources.

This approach was made easier by the price of energy at the time. Globally, oil production was very different in the mid-’80s compared to 1973.

In-fighting at OPEC meant the cartel now only produced a third of global output.

The Soviets were mining oil, in the North Sea the UK was finding numerous fields like Ekofisk with copious amounts of both gas and oil, and in the US, a pipeline to Alaska had been built.

That pipeline was delivering an increasing proportion of US demand from Canada, a production which today accounts for nearly 50% of US oil imports.

There was, quite simply, a glut of oil on the market in 1985, and while the price wasn’t any lower than immediately after the Yom Kippur War in 1973, it wasn’t any higher, either. The inexorable rise of oil that everyone feared simply hadn't materialized.

In the UK, Nigel Lawson, Thatcher’s chancellor of the exchequer, was contemplating privatization of energy; it was a logical extension and catalyst for the process of energy optimization and diversification.

He and Thatcher would evolve an almost evangelical zeal around privatization events, becoming masters of the genre, in different markets over the coming decade. Gas, telecoms, aviation, utilities and electricity, to name but a few.

In the US, Reagan, who built a celebrated spiritual bond with Thatcher, was talking the same language and making the same gestures, with many of the same successful outcomes. More public spending with lower taxation, and a more robust economy - an admirable feat.

But when it came to privatizations, Thatcher was a prodigious serial privatizer, whereas Reagan only ever privatized one industry: Conrail, a state-owned freight railroad system.

The electricity industry privatization in the US would have to wait until the mid-’90s, under Presidents George Bush Snr. and Bill Clinton.

In the UK, the prelude to restructuring and opening up the state-owned energy network came when Lawson started eyeing the Central Electricity Generating Board (CEGB) with the help of the Monopoly and Mergers Commission in 1982.

One of the commission’s findings was that when it came to the appraisal of new investments, the CEGB was operating “against the public interest.”

Such a finding meant that the CEGB, albeit in a more institutional way, was a version of the miners who were also seen as operating against the public interest.

This would have been a red flag to Thatcher and Chancellor Lawson. For this reason it was ripe for an attempt at restructuring and privatization.

But with a closer look at the economy of the early ’80s, perhaps it wasn’t surprising that the CEGB was struggling with investment.

While the use of electricity had actually started to flatline, borrowing money had become eye-wateringly expensive. In 1982 interest rates were at a record 16% and so finding a way around this was going to take a big rule change.

What was needed was a form of energy with a lower cost of investment, and gas was to fill the bill perfectly.

The age of gas

Combined cycle gas turbines (CCGT) was a technology pioneered in the ’70s  that in the ’80s was coming of age.

In comparison with coal-fired power, CCGT plants offered shorter construction time, lower investment costs and a cleaner profile in terms of NOx and SO2 and particulates.

Although CO2 wasn’t a prime concern in the mid-’80s, CCGT could outperform on the carbon front, too.

The opening shot for rule changes came with Lawson’s Energy Act 1983. It removed the 1909 restriction that only an electricity board could supply electricity or check a line or a meter.

While full privatization would have to wait the best part of a decade, the seeds of that process were being sown.

The question was, how to restructure the monolithic entity that was fuel and electricity generation in the UK and turn it into something more nimble, forward-facing, competitive and modular?

At the end of the ’80s, Lawson and Thatcher revealed the basis of the second part of their solution with the dissolution of the CEGB in the Electricity Act 1989.

Thatcher’s brand of liberalization restructuring and privatization found disciples in many other parts of the world.

The medicine she had applied to cure Britain’s “sick man of Europe” syndrome was soon to be administered with perhaps even more zeal by Victorian Premier Jeff Kennet in Australia.

Kennet had built a successful career in the military and in many ways brought a Thatcher-esque style to the task.

He esteemed hierarchical loyalty, punctuality, and general intolerance of dissent or disobedience. He also brought an axe-wielding consultant from England to achieve the task, Dr Peter Troughton.

Unpopular though the pair of them were to some, and very impositional in their style, they helped Victoria to become a textbook example of how to do a privatization well.

Saddled with debt and union problems, the state of Victoria needed to find a way out of a deep sense of malaise.

In 1993, a four-stage privatization plan began its roll out. Like Thatcher, they took on unions and a sceptical electorate, not hesitating to spend a sizable budget - AU$1.5 million - on advertising campaigns to get the project over the line.

In came the scalpel to separate different parts of the supply chain. Out went coal in favor of gas and Open Cycle Gas Turbines, or OCGT, (the cheaper version of CCGT), while the profitable parts of the energy system were sold off.

In came tough negotiations with the unions and out went state ownership and management.

More Australian states followed, privatizing at least some part of their electricity production.

Where the UK had settled for a duopoly of power producers, Victoria and also New South Wales had produced a more authentically competitive market.

Power prices in the privatized states fell. Interconnectors sprung up and the whole system became a national one.

Thirty years after the ’70s oil crisis, a sense of confidence had again returned to the energy world, with gas and a transformative privatization agenda offering a renewed sense of optimism.