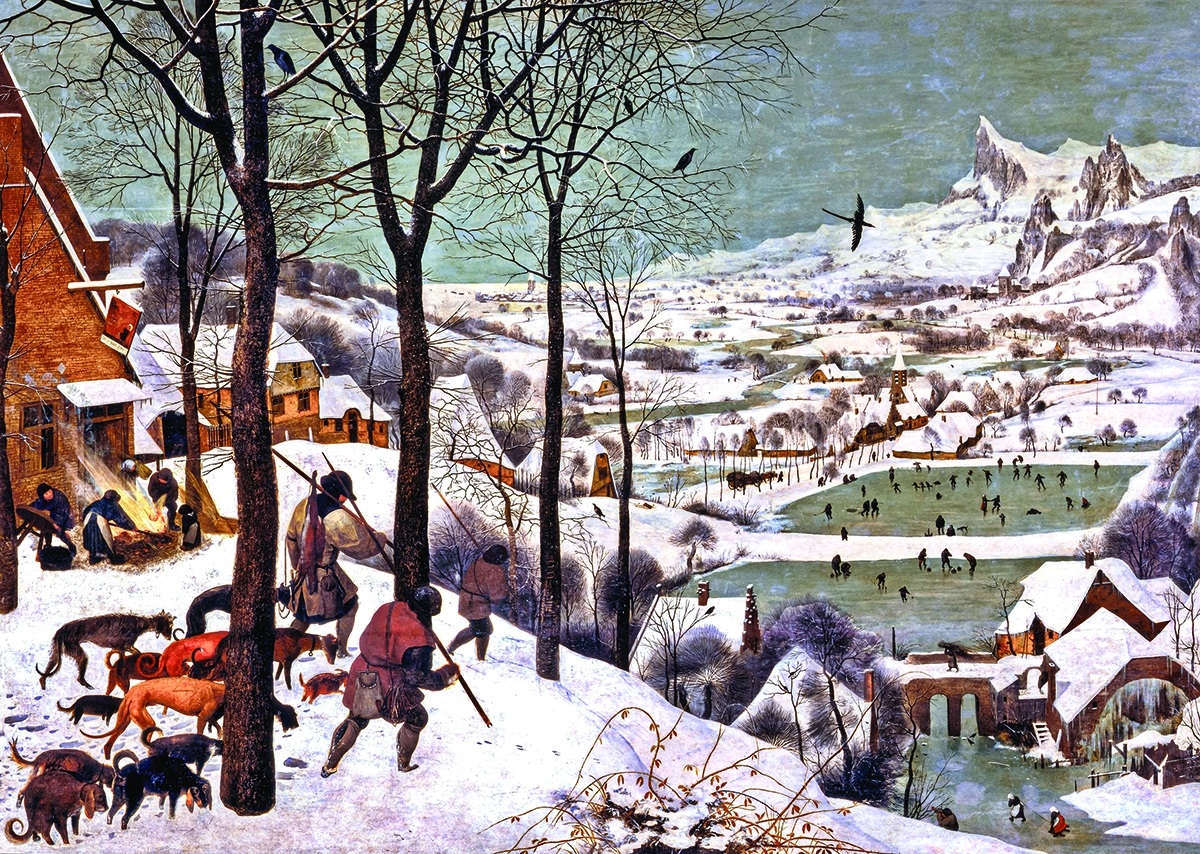 Christmas Is About Plenty During The Lean

Christmas often brings about reflection on the year that has passed and the lessons learned. In this Forbes article, Dr Jemma Green explores the triggers of the current Energy Crisis and how we can adopt new technology and approaches for storing and sharing energy

Considering it's Christmas, it's time to contemplate something decoratively Christmassy, and what could be more seasonal than Peter Bruegel's Hunters in the Snow? It beautifully depicts the scene as hunters come back with not enough food, while in the distance others singe the hair off of a fatted pig. It reminds us that Christmas, more than any other time, is all about provision when resources are hard to come by.

Christmas requires us to be prepared - many animals are simply hibernating through it.

Humans don’t hibernate of course, but we can store things. Logs are sawed and dried so they can be put on the fire to keep us warm. The dried minced meats and spirits should all have been kept dry, salted or fermented and distilled carefully from the summer harvest so that we can keep going through this barren time.

Also embedded in the Christmas idiom, though not in this picture, is the social inclusion part where the wealthy who have stored excess wealth can donate to the poor.

In short, no other festival or time of year calls on us to set aside surplus for the purpose of survival through the longest nights and coldest frosts.

This winter, economies around the globe may be identifying with the hunters in the picture above because most of them have a crisis of provision, and not on just one front either.

There’s a world grain shortage, something that was considered unthinkable last year. It means many could go hungrier than usual.

If you’re a UK energy company, you are faced with shortages also. There are plenty of gas storage sites underground, like Stublach with 450 million cubic meters and Rough, with its 3.3 billion cubic meters capacity. This space can store enough gas to power the whole of the UK for about nine days. The trouble is there isn’t that much gas stored in them.

If you’re a German fossil power company, your gas was supposed to be delivered and stored by Gazprom, but that storage was reduced and moved outside of the country. If you’re a French power station, you find yourself with historically low levels of operational nuclear power stations.

Beyond energy, which is feeling the effects of war, there are more shortages.

There are shortages of antibiotics, and shortages of semiconductors for cars and most other consumer products in general. If you want to know why there are chip shortages, it is because chip manufacturing is extremely capital intensive and in short supply of highly skilled electronic engineers.

So the semiconductor shortage is itself, a lack of provision for both of these ingredients - capital and skilled labor.

It's safe to say that this Christmas the world will be short of many more things, compared to any other time in recent years.

What has happened, and what can we learn from this?

To some extent, the project of never-ending globalization, a model that would have been unfamiliar to the people in Bruegel's picture, is breaking down. The distance of supply lines and the geopolitics of their sources are now coming under increasing scrutiny. And in this new era of shortage, the economic mantra of printing money as a way of quantitative easing is also being tested and questioned.

The obvious lesson is that our expectation of plentitude, as a right and an inevitability, needs to have more backbone. Ideas like resilience, self-sufficiency, localized supply and creating value must come back if we are to find our way out of shortage. Simply printing money without adding value won’t do.

Most of us aren’t old enough to remember the energy crises of the seventies dominated by blackouts, petrol station closures and a general sense of energy anxiety across the western world. We seem to have collectively forgotten those times only to find ourselves sleepwalking into them again.

We can’t expect the endless commodification of everything, and that energy will be piped to us no matter the location or distance. And whilst a recent nuclear fusion breakthrough in the US was a good news story, it served only to remind us it's still some time away from being a viable solution for the energy crisis.

Perhaps most obviously we are going to have to learn ways of storing more things, especially energy.

For some time now we have just put up wind turbines and rolled out solar PV farms, assuming that the electricity will find its way to us at the right time, no matter where we are.

For many people who don’t really understand energy, there was an assumption that this would bring plentitude to our energy services.

But this has not been the case. Put up more wind turbines in places where they cause grid violations and you end up paying more for your energy.

Installing more rooftop solar across homes and businesses could end up generating more energy than you need. Excess energy ends up being curtailed and with pressure on the distribution network, you end up paying more for your energy to upgrade the network.

As we are now discovering, when energy starts costing more, food also starts costing you more too, and suddenly everything is more expensive. A tomato being the classic example, with a 125-gram tomato requiring ‘5 cups of diesel fuel’ to heat the warehouse and deliver it to the shop.

So how are we going to make provision for storing energy for the winter, or indeed any other time of the year when it's in short supply?

The answer is still eluding us, but a strong candidate seems to be hydrogen. As Joe Seifert, CEO of Vertex Hydrogen says, “Hydrogen can help us to squirrel away energy from renewables, solving the mismatch of volatile power generation from wind and solar, versus our need for 24/7 energy. But this requires a whole new energy system and that won’t be cheap.”

It’s also clear that we’re going to have to create a hydrogen economy where surplus energy is channeled into hydrogen products in different forms from fertilizer to hydrogen fuel cells.

We’re going to need blockchain technology to track the provenance of the hydrogen, i.e. track whether it is green, blue or brown.

We’re going to have to think much harder about how we store our energy and move it places.

In the UK, the plan combines government funding, provided by tender to designated ‘clusters’ of large industrial energy consumers, with hydrogen producers (both blue and green) and favorable offshore carbon storages. According to Seifert, the key question is: how can we build this new infrastructure, at the pace required by the planet, for a sensible price?

We are going to need a much more thrifty approach for sharing and transacting energy.

In many ways, India leads the field here, with solar panels and local energy communities springing up. Regulators in places like Uttar Pradesh, are removing hurdles and taking a keen interest in the data that’s coming out of the resultant pilot projects. In Europe and other places, demand response is becoming much more widespread as a way of balancing the grid, rather than using the brute force of over-production and curtailment.

This new push to distributed energy, with blockchain tracking of every kilowatt of energy, is a much more local and just-in-time approach.

The hunters in the snow, within Bruegel's artwork, would no doubt recognise and approve of the attitude of making a little go a long way. Perhaps it’s time we got a little more comfortable with the same approach.