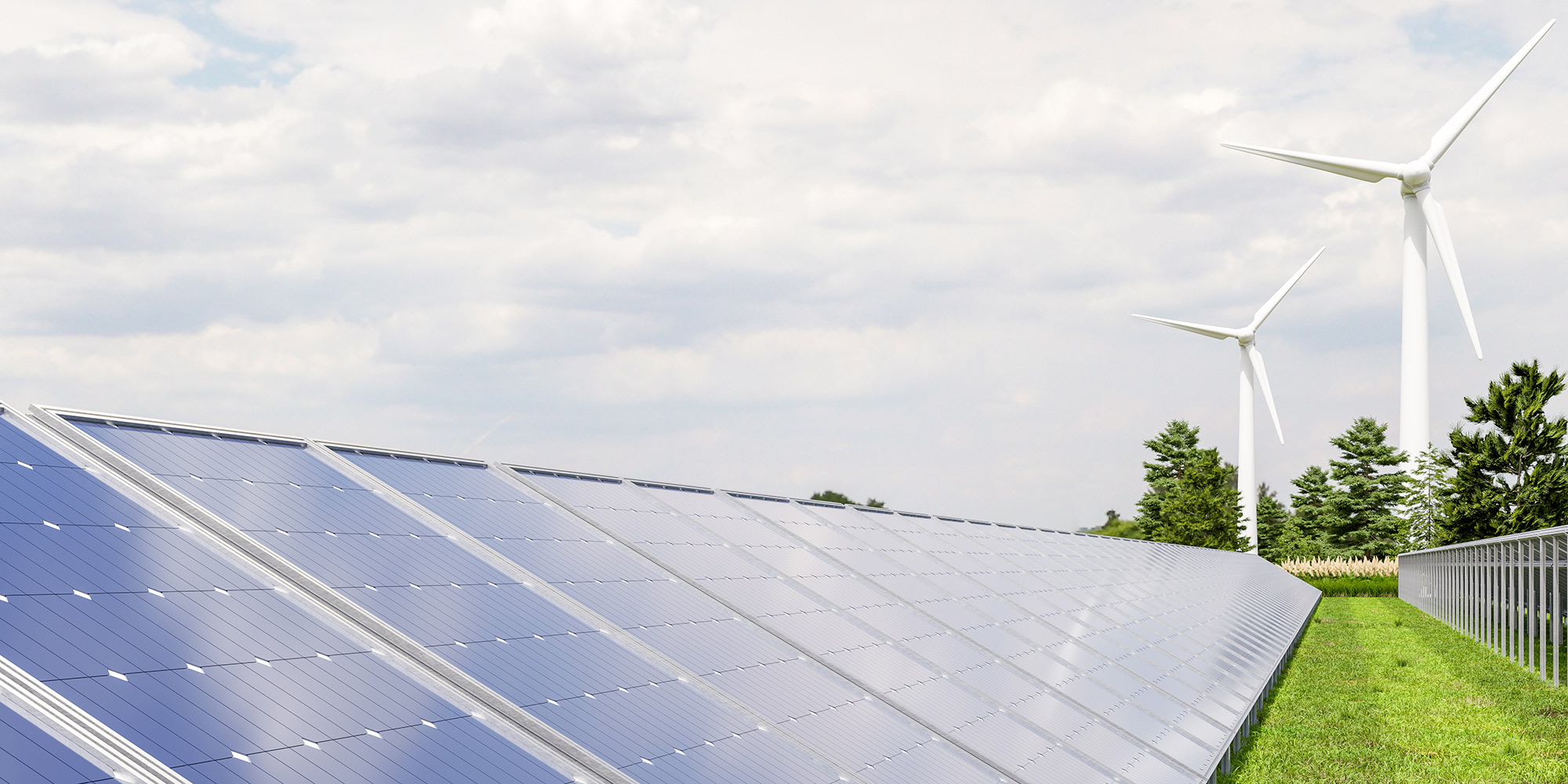 We know that renewables stress the grid. But a new approach can harness renewables while solving the very problems they’ve created.

Imagine a typical large shopping mall. Up until now it's been connected to the grid and consuming lots of power throughout summer - generating high monthly bills in the process - so customers can shop in air conditioned comfort.

One day, the owner decides to look into renewable power, and it sounds like a great idea.

Cover the roof with solar panels, providing enough electricity for the mall’s needs while selling any surplus electricity to the grid.

With a solar panel power rating that covers well above the mall’s daytime needs, it won’t be long before the owner begins to return a healthy profit. Better still, the profit will come from a roof space the mall owner never realized could be utilized.

So far, so good. But there’s only one problem.

Turning the shopping mall from a consumer of electricity to a prosumer mini power station for its local area brings some grid “congestion” challenges. It turns out that most of the local area isn’t short of power, and the real user of the mall’s surplus solar power is on the other side of the city.

It’s as though the pipe simply isn’t thick enough to carry the extra solar-based power, because there are too many other households and businesses with the same rooftop solar idea, also exporting power onto the grid.

So for the mall owner, the surplus power that was such an important element to the profit forecasts for the solar power system only adds to the congestion of the grid. The grid operator is then forced to inform the mall owner that their solar power output is being curtailed.

In other words, the grid is requiring the mall to shut off all power that goes out beyond the meter i.e., all the kilowatt-hours the mall owner was hoping to sell, along with the corresponding revenue. That’s not what the mall owner had in mind when investing $2 million in photovoltaic arrays.

But if the mall owner makes a further investment, this time in a suitably sized battery, the position could look very different.

With plenty of storage capacity, the mall can start doing some interesting things with its surplus power that will bring in more revenue than the owner ever anticipated.

A new source of revenue

First of all, the mall can now find a way around the grid congestion and stop the curtailment of its solar production.

It can do a deal with a petrol station on site, and set up an electric vehicle (EV) charging forecourt. Cars can charge up on discount green electricity, and in the process they drive the power away with them.

There will be no congestion on the network, because cars have become part of the pipeline, and the grid is beefed up in a virtual way.

This is very much a win-win situation. The mall gets the extra product offering, and the customer gets cheaper renewable electricity, while the grid operator doesn’t have to up-rate cables or overhead lines.

Of course, it requires some clever management. The charging and discharging of batteries, the sunlight, the weather, the arrival and dispersal of cars has to be orchestrated like a ballet.

But it gets better still. More lucrative than selling electricity to EVs, is selling premium priced, so-called flexibilities to the grid.

If you look at the typical juggling exercise the grid does, it’s possible to see these activities as a function of response time, approach, locality and market.

In the band of seconds to about 30 minutes, there is a series of contingency plans for emergencies on the grid.

These can include emergencies like a loss of generation or tripping of feeders, system component failures or any critical event that would lead to frequency drift.

The remedies to these are inertia, regulation and spinning, as well as non-spinning reserves, classified as Primary and Secondary reserves. These are well understood, fast responses that haven’t changed much in recent years.

Tertiary reserves are there for when Primary and Secondary reserves have already been called upon and make sure the system is ready for the next contingency.

These tertiary reserves have traditionally been slow-start, fossil-based generators which are, of course, ready in some kind of standby capacity.

As we saw in my piece called “When the Megawatts Go Missing,” these standby, fossil-based generation units are often cranked up and down to accommodate the variable energy sources, which means they often have relatively short lifespans.

So apart from being dirty, the price of this electricity tends to be rather expensive, too, when maintenance and replacement costs are accounted for.

This is the area in which it’s now possible for the mall owner to compete.

The mall’s array of solar cells can now be used to sell services that can replace almost any of those shown in the chart. These are more lucrative than just selling capacity or daily electricity.

One of the reasons the mall is onto such a good thing is that what it’s offering often saves the grid huge amounts of infrastructure investment in expensive items of kit, including such components as capacitor banks.

It’s rather like getting plenty of people to bring a tent rather than hiring contractors to build a hotel. It works just as well for the purpose, and no cement mixing is involved.

The mall owner can offer the grid a range of stabilization offerings, which will pay more than initially planned via the solar cells.

So in short, it’s another win-win for grid and mall owner alike.

So what’s made this new approach possible?

It probably won’t come as a surprise to know there are a couple of technology tools du jour that are vital for this new approach to managing an electricity grid.

The first is Artificial Intelligence (AI) and its job is to do some of the thinking behind the coordination of the energy.

It has to work out the pricing, traffic flows, electrical flows, and renewable generation forecasts based on weather and storage battery levels. This forecasting with data analytics will predict, with reasonable accuracy, the amount of renewable power available in the weeks, days or hours ahead.

The second is blockchain technology, which is an indispensable tool in this scenario.

With this many transactions between so many players, it’s not possible to undertake this operation efficiently and securely - and therefore as profitably-  if there is much in the way of transactional friction.

In other words, if all of these transactions were instead put through conventional procurement, transaction and payment systems, there would be more costs involved and less security.

Blockchain’s friction-free trading, instant settlement and high decentralization is one of the elements without which this can’t work.

But this shopping mall example raises an interesting question.

The grid is asking itself what it should do to renew and expand its infrastructure in general?

Should it start strengthening the grid in various places by adding more transformers, substations and capacitor banks? Or could it approach the problem another way and invite people like the shopping mall owner to start offering flexibility services?

All the candidate players have to do is buy some battery capacity, and maybe some solar or shift some of their energy loads around to a different hour of the day.

Any large group of residential consumers, via a retailer or aggregator, would be able to offer flexibilities. The only caveat is they have to be entrepreneurial enough to see the opportunity.

The outcome of this sort of approach is that the owners of Distributed Energy Resources (DERs), or companies that can partake in these schemes, can make money.

The grid operator, for its part, saves on investing in expensive infrastructure and new thermal sources of electricity.

A stock market of flexibility options

Right now this is an idea which seems immensely attractive. The idea is to create a kind of stock market of all the flexibility alternatives available to normal electricity grid and network solutions and ask owners of DERs and businesses with flexible loads to put in a bid to provide the flexibility service.

This market would be blockchain driven and would kick start the expansion of flexibilities that will ultimately enable the growth of renewables.

Of course, the kind of people who own supermarkets and think entrepreneurially aren’t the same sort who have traditionally run the grid.

The culture around grid management has traditionally been extremely conservative and long term, with an emphasis on doing things absolutely right - all in the safe knowledge that consumers will always foot the bill.

It’s going to take a meeting of two very different cultures to bring this to fruition.

This approach is now termed market-grid interaction, where every building can potentially be a flexibilities solution provider.

This will improve resiliency of the grid and integrate grid congestion issues with market support.

The opportunity to do things in a much smarter way, and save plenty of money while doing so, is hard to resist.

And perhaps it's reassuring that far from just creating problems for the grid, renewables could help in making it more cost effective.

In Part X of this series on the future of energy systems, we’ll talk about the history of electricity grids and the shift around the 1980’s in the way energy systems were seen.