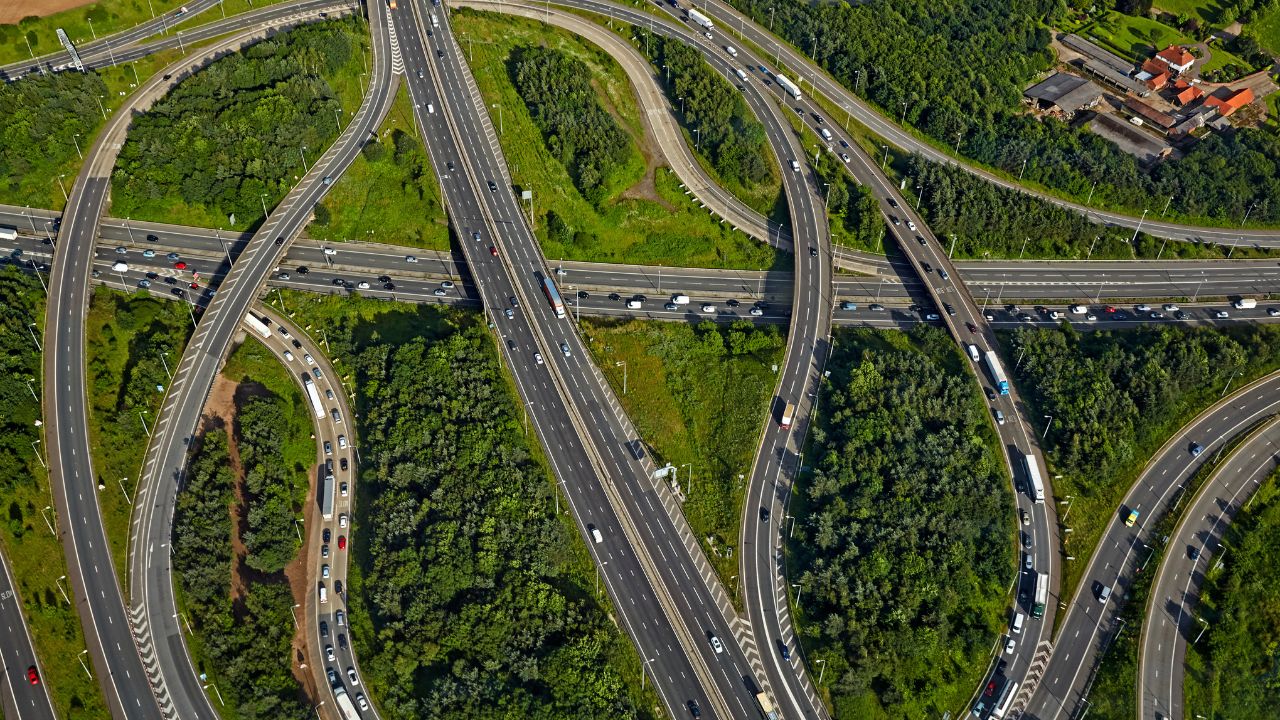 Are The Superglue Antics A Sign We Need To Unstick Our Regulatory Thinking?

In her recent Forbes article, Dr Jemma Green explains how current regulatory processes must be improved in order to gain positive results in energy transition  instead of breaking, smashing and splashing paint at old masters in galleries.

As COP 27 rounds up with some of the speeches and soundbites sounding very similar to years gone by, there's a palpable sense of frustration in the air. Judging by all the bottoms superglued to motorways and orange paint splashed on masterpieces in the galleries of Europe, that frustration is playing out in arrestable offences.

In the UK, Italy and Germany, eco-warriors have been out in force grabbing news headlines and, in some cases, causing motorway accidents.

And all of this with support from Greta Thunberg, who last year said climate activism is fine - “as long as no one gets hurt.”

Just Stop Oil feels it is getting its campaign right, and that it is aligned with some of the world’s best democratic traditions. After all, as they point out, Emily Pankhurst handcuffed herself to the metal railings outside of the Prime Minister’s office to get the vote for women; Her movement over 100 years ago also smashed windows and assaulted police officers.

But breaking, smashing and splashing to the right degree is a difficult balance to achieve. Too much, and you look like thugs and lose the support of the wider public. Too little, and you don’t get noticed. A police officer was injured in the UK in the M25 protest, so according to Thunberg’s criteria, the campaign has gone too far. Someone else missed their father’s funeral as a result of the protest. Do hurt feelings count in or is it just about broken bones?

But perhaps more problematic than the approach is the message itself.

Emily Pankhurst, although she was happy to throw stones through the window of No.10 Downing Street, had a very simple message. She wanted women to have the vote, and that was a clear, simple and actionable request. It was positive. And she was addressing the person who could do something about it.

This isn’t true for stopping oil. We know what happens if you just stop fossil fuels. You stop electricity because we don’t yet have a distributed electricity system that can be driven by renewable energy. You also stop fertiliser for food production and you stop manufacturing the clothes that most of the protesters are wearing. Just Stop Oil is a vote for pricing the poorest into starvation.

If the remedy is negative, the historical analysis is even more nihilistic. According to Greta, the roots of the climate crisis are “racist, oppressive extractivism that is exploiting both people and the planet to maximise short-term profits for a few.”

Have we become stuck in negative thinking, at the expense of finding solutions?

Charlotte Horler, the founder of the consultancy NULA Carbon, puts it like this: “We’ve got a marketing problem. The conversation around climate change is failing to engage and inspire. The stories told speak of sacrifice and reduction: give up meat, don’t drive your petrol car.

Mainstream media, when it reports on climate … promotes disaster. Horrifying news stories that are overwhelming, which triggers despair, a feeling that people try to avoid at all costs.This means people are steering clear of the climate conversation altogether.”

So where does one look for positive ways to solve the climate crisis?

There are clues to this question and they are all around, but perhaps significantly they are more prevalent in the New World than the old one.

Founder and CEO of Octopus Energy, Greg Jackson, makes a point about learning from developing countries.

Jackson, a long-time proponent of a new more flexible style of grid which would allow for much more renewable energy, points out that Brazil and India are ahead of the UK on this.

He says the basic process of bidding to improve the grid needs to become more open, or “contestable” so that connections to the national grid aren’t limited to the national grid operator alone but can be done by accredited contractors. That’s a progressive idea which could bring much more innovation or ‘acceleration’ to use the climate industry argot.

Another clue comes from elsewhere in the New World.

In the US, Biden has decided to push full steam ahead with hydrogen. Tucked into the Inflation Reduction Act there is a tax credit offering promises significant incentives. These are some sample numbers to consider:

The US cost for green hydrogen is around $3.83/kg, with an additional $1/kg cost for storage and transport. However, with a proposed tax credit of $3/kg (for zero-carbon production), commodities could be effectively produced using green hydrogen at a cost of $1.83/kg. Not surprisingly, this is widely seen as a game changer.

If you aren’t struck by the simple clarity of this, just look at what’s happening on the other side of the Atlantic, on the same topic.

The EU’s hydrogen incentives work in a different way and go by the title of the Delegated Act part of the Renewable Energy Directive. Here’s how it might apply or might not be applied.

An obvious candidate might be a medium to a large solar farm whose output is too far away and coming on at the wrong times of day to make a useful contribution to the grid.

The curtailed energy over a year might amount to 0.5 gigawatt hours (GWh) of electricity, which could electrolyze 70 kilotons of hydrogen. That makes a lot of fertiliser, or alternatively a lot of electricity for when the grid really needs it. From a carbon reduction point of view, it is a very good news story. Especially when you consider that in 2021 alone, over EUR 1 billion of renewable electricity production funded by Germany's taxpayers has been curtailed.

But because the subsidy only applies to a new solar farm, no such electrolyser unit will receive any incentive to be built. That’s because it doesn’t meet the additionality requirement, as although new categories of electricity are being produced, no new structures or works have been built to produce that electricity.

However, if you build a completely new solar farm and equip it with an electrolyser you can start producing the same hydrogen. Because there's something additional, the incentive system kicks in.

So the system isn’t really rewarding efficient creation of carbon-free power, like the American one, it's rewarding the use of scarce resources like land and labour.

That’s not entirely logical and it's also skewing the system away from more efficient leaner solutions. It’s like the additionality concept is set up to promote waste.

And to date over 90% of mature hydrogen projects that have been started have not crossed the final investment threshold (FIT) in the EU.

Daria Nochevnik, the Director for Policy & Partnerships at The Hydrogen Council, thinks the EU could learn a lot from the US on this. “When you look at the US Inflation Reduction Act you see a simpler, more pragmatic and logical approach.”

“Hydrogen offers us a chance to do system thinking and not just piecemeal fixes. Hydrogen can bring its energy to us in so many ways from creating ammonia for our fertilisers to fuel cells to straight combustion. Which is why we need to do simple things and let the market bring the complexity, rather than the other way around,” says Nochevnik.

The EU legislation, as part of the Renewable Energy Directive, will soon be published by the European Commission. The numbers for hydrogen incentives will also work out to be significantly less exciting than in the US.

Perhaps, if we want to find solutions for COP 28 rather than do another round of splashing paint at old masters in galleries for middle-class Europeans, we need to advance our thinking somewhat.

We need to recognise some of the problems of creating the wrong incentives and better understand the true state of our energy markets.

We need to think about deregulation so that we build a flexible distributed grid that is capable of sharing solar power between citizens, businesses and power companies; We need to create local energy markets and decentralised accountancy systems like blockchain, to solve the problems of balancing the grid.

We need to both support and also get out of the way of hydrogen rather than trying to use it to make landowners and builders rich.

We need to make regulations fit for purpose and free things up, rather than just put a prohibition on the only reliable energy supply sector we have.

We need to give up the notion of the silver bullet, one solution that fixes everything and recognise that there are different strokes for different folks, depending on the industry, location and context.

We need to recognise that hydrogen will lead us to more expensive energy and it will need at least some support from the government, certainly in the short term.

We need to think positively and ask how we are hindering our own progress on this, and not be afraid to learn from the New World, where they’re not sticking themselves to motorways and public spaces.

We need to be mindful of the tendency of self-interested private companies to push their own solutions and shout down others which might also work. The public doesn’t like that.

And if there are any radical protesters reading this, consider that if you get the urge to glue yourself to something, glue yourselves to energy regulators of Europe who might actually be able to do something for the cause.