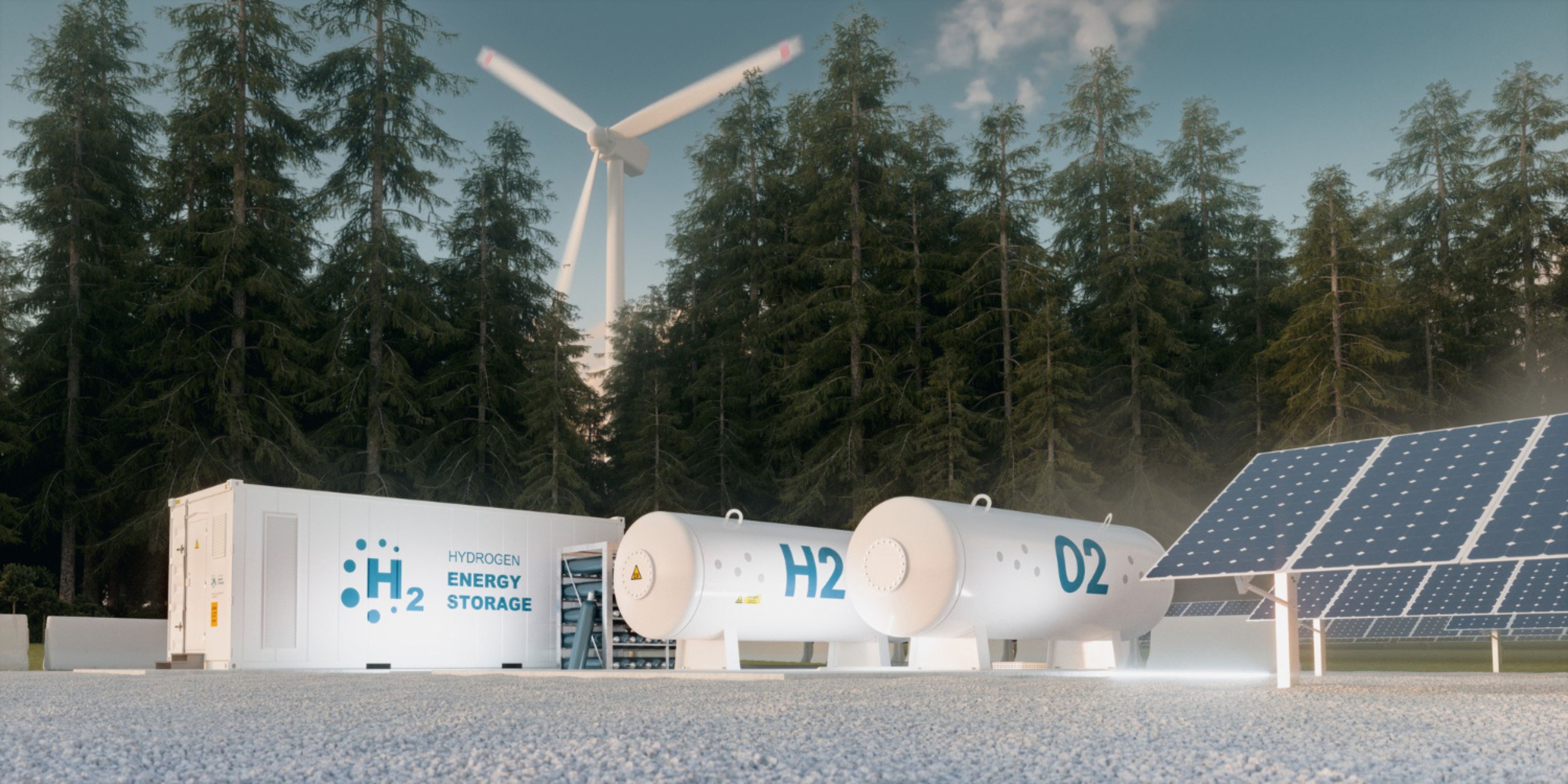 While ideally we would aspire to a world with no carbon dioxide emissions, there are still many industries where at this point of time it is not possible, due to cost and available technology.

Aviation is a well-known example, because of the high power to weight ratio demanded by an aircraft, jet engines need to run on jet fuel.

Another example would be a diesel locomotive. Without electrifying the entire length of a line, and running it off renewables, a completely different solution needs to be found, one where a clean form of dense, storable energy can be brought along for the ride.

And this is the significance of hydrogen. Where some kind of highly portable high energy density is required, hydrogen looks promising.

Still at the prototype stage is a new generation of modified locomotives that are equipped with hydrogen storage which then produce their own electricity via a fuel cell.

“If just half the diesel multiple unit trains were replaced with hydrogen units, over 533,000 tons of carbon dioxide equivalent per year would be eliminated from UK rail emissions.”

The chemistry of a hydrogen train is particularly attractive. Hydrogen (H2) reacts with the oxygen (O2) in compressed air in a fuel cell to form electricity and water that is theoretically pure enough to drink. The inherent cleanliness of the reaction is an eco warriors dream.

What is equally attractive is the chemistry by which hydrogen for this fuel cell can be produced. Two electric wires placed in a beaker of water gives you oxygen and hydrogen, with little bubbles of the two gasses drifting off the positive and negative electrodes respectively.

It's an experiment so simple you can do it for yourself with just a little battery or source of electricity like a solar cell, and it’s called electrolysis.

As the chemists amongst you will recognize, the process of creating hydrogen by electrolysis is essentially the same as fuel cells only working backwards1, so just as a generator and a motor are reverse forms of each other, electrolysis and fuel cells are too.

Chemists term this process reversible, and it gives a clue to why hydrogen is seen as a way of storing energy over a period of time.

Stored hydrogen seems the answer to so many problems and even if you’re not using it for fuel cells you can still burn it in a boiler for heat. The outcome is the same, with the exhaust products being pure water, as with the fuel cells.

But as you might have guessed, there is a catch. The catch is that the really clean sustainable way to make hydrogen using electrolysis is quite inefficient, expensive, and not commercially available. Meanwhile, the easy and commercially available way to make hydrogen using methane creates carbon dioxide as a by-product, which would negate the whole point of the low carbon exercise in the first place.

This greenhouse gas intensive way of producing hydrogen is called steam methane reformation, or SMR and it represents the way 95% of commercially available hydrogen is currently produced.

Which brings us to an interesting challenge for the new energy economy. As hydrogen is created both by a ‘green route’ and also a ‘brown’ route how can we distinguish between the two? It’s obviously the same hydrogen molecule in both cases.

So how can we credit people for paying the premium to use low carbon hydrogen, when they might be tempted to buy the ‘brown’ high carbon hydrogen instead?

It perhaps won’t surprise you that a fair amount of thought has gone into the dilemma and the solution that is now being contemplated is very similar to supply chain thinking from the world of Renewable Energy Certificates or even the agritech business.

Just as guaranteeing the provenance of something requires a chain of blockchain certification, you could do the same with hydrogen.

The hydrogen that is produced with electrolysis and renewable energy has a documented digital trail of production back to the original producer.  Without this provenance trail, green hydrogen could not be sold at a premium.

It seems like agreement around standards has already been reached, and adding the blockchain component will bring a vote of confidence with the fledgling green hydrogen industry. In Australia, the Smart Energy Council is leading the way on this, having created the Zero Carbon Certification Scheme for hydrogen, ammonia, and steel, which is already attracting partnership from the United States and Europe. In other jurisdictions, certifications are trying to be established with varying levels of success.

Hydrogen certification will open the doors to more innovation in the hydrogen sector, with interesting projects already lined up. One such project called Highly Innovative Fuels, is in Magallanes, Chile, where there’s a strong year-round wind.

It is a partnership between Siemens, Porsche, Enel Greenpower, ENAP and AME and it aims to pilot the production of  zero carbon e-fuel from wind farms.

A project is also underway to take methane (CH4) from municipal waste and turn it into hydrogen while capturing the carbon and turning that into carbon fiber.

If fully proven up and scaled this could also be an interesting route as carbon fiber is part of so many products now, from airplane fins to tennis rackets. Such a project would also get a green hydrogen accreditation.

But while there are reasons to be optimistic about hydrogen it’s also important to be cautious about it too. Michael Cembalest, CIO of JP Morgan, along with Vaclav Smil put this point in their usual pithy way in the form of a commandment.

“Thou shalt not make unto thee graven images of a hydrogen economy...yet.”

In other words, while the promise of hydrogen is very exciting, the reality has some way to go before that promise is fulfilled. Certainly knowing where your hydrogen came from would be a big step along a righteous path.