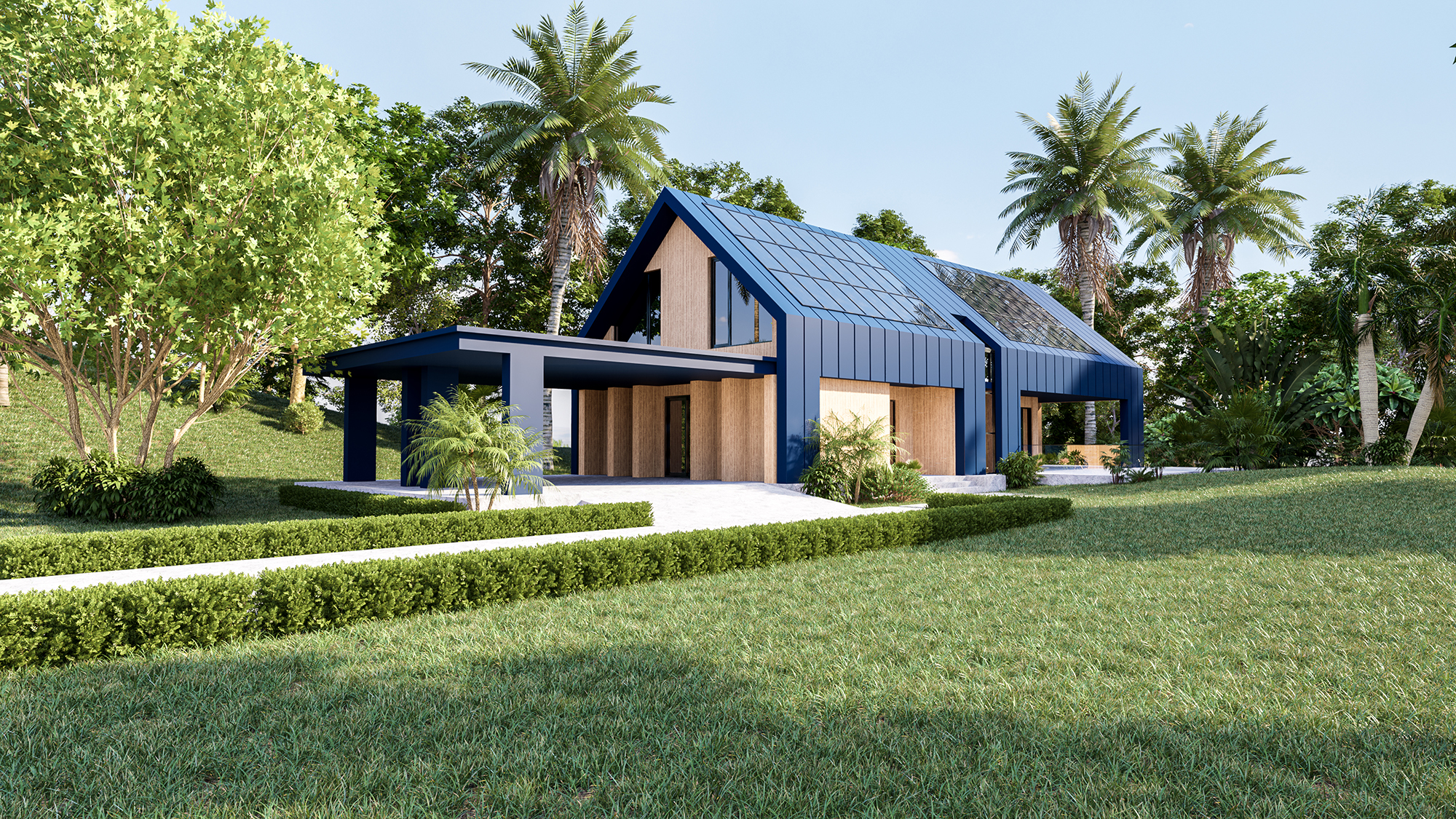 Energy is more than a lifestyle choice

Perhaps this crisis will finally make that clear. In this article, Dr Jemma Green explains why we need to create local electricity markets so that people can get serious about trading their electricity.

Perhaps this crisis will finally make that clear.

In 1943 a psychologist named Abraham Maslow suggested that human beings have a hierarchy of needs, with needs at the bottom required to be fulfilled before the needs above can be attended to. In his revolutionary theory, the basic needs required for survival such as food, water and warmth are at the bottom, whilst the more emotional and higher-minded needs are at the top. Once the base layers have been taken care of, humans can pursue activities like writing a novel, singing in a choir or engaging in philosophical discussions.

Fast forward to the year 2022, when energy around the world is in turmoil. Maslow’s chart, when applied to societal priorities, as well as individual priorities, can provide us with a clearer picture of global priorities.

Societies and nations, like their constituent citizens, also have physical needs such as heating, food and water. With energy being the constant required to make them available.

Once these needs have been fulfilled, societies are free to indulge in the self-actualization level of need, and we can see these in the types of industries that dominate a nation's collective activity.

So, what is the significance of the Maslow model in a political discussion?

Simply put; the model appears to explain what has been an extraordinary change of priorities in our energy needs in the last few months.

For the past few decades, energy security has simply not been in question, and the energy required for our basic needs such as food, transport and manufacturing, have been easily satisfied.

With energy security not in question, came the ability for nations to luxuriate in energy policy. Nations felt they were able to turn their attention to their higher-order considerations, such as safety or higher still, national esteem and self-actualization.

You don’t consider Nuclear safe? It didn’t do the Japanese at Fukushima any good. Let’s get rid of it.

You don’t like fracking because it creates noise, odor and may impact underground water? Then don’t do fracking here. Fracking operations offend our sense of belonging because they create additional traffic and minor tremors, so let’s avoid it.

Don’t like wind turbines? It’s not good for the landowning views of the hills and it can hurt bird populations. Again it offends our sense of self-esteem, so don’t do them here.

You don’t like carbon emissions from North Sea gas? Then don’t have them here, because they make us look bad at COP26. Instead, let’s buy the same fossil fuels from other countries. Those countries can take the hit on their carbon emissions, even though all the CO2 discharged is going into the same atmosphere.

Don't want local coal-produced energy? Export the coal to other countries and perhaps even buy products they produce back, made with energy generated from the coal you sent them.

And so for various higher-order reasons we have excluded forms of energy generation that would have given us energy security and fulfilled our basic energy needs; the result being that we became dependent on countries with different psychology that better recognised the fundamental importance of energy.

Countries like Russia, Australia and many others, such as those within OPEC, have their own particular psychologies. They recognize the primal importance of energy and prioritize it over everything else in their society.

Very often these countries historically don’t bother with developing much in the way of other exportable enterprises or non-extractive industries, focused as they are on the first layer of Maslow's chart.

These countries export for the needs of other nations, year after year, which has proved lucrative. However, when that deal breaks down (as seen recently in Russia), Europe’s energy security and Africa’s food security disappeared in an instant. This left many countries, like Germany, suddenly needing energy as a fundamental physiological need, as per the base layer of Maslow’s pyramid.

What this analysis suggests is that for too long we, as a global community, have had an insincere conversation about our energy needs, with the energy discourse being completely out of touch with the reality of our actual needs.

We have left it to Russia, OPEC member states, Iraq and perhaps a few others, to recognize the primal importance of this resource, while we got on with worrying about other secondary and tertiary questions around it.

If that is the case, this energy shock is the wake-up call we needed, to bring energy security back to its rightful place of importance in our lives.

We have to stop seeing energy discussions as a lifestyle choice and recognize that energy is fundamental to us at a physiological level, especially in terms of heating, food and industry.

One example of this is that solar panels are given a somewhat contradictory place in our world. Most electricity regions price electricity at quite a high level, reflecting the intensity of hydrocarbons that have often gone into making it.

But when people invest in their own solar panels and start producing electricity, the feed-in tariff pays them back a derisory amount. This is one of the reasons, according to a recent report, that solar panels do not raise the value of a home in the UK.

In sunny countries like Australia with short payback times, solar is an economic no-brainer, but in many other countries, it’s more complex than this. For the places that have less sunlight, choosing to install solar PV comes down to making a statement. In Maslow's terms, it is self-actualization and demonstrating one's environmental credentials.

In one recent thread to be found on social media, a proud owner of solar panels announced that by replacing a gas stovetop with an induction stovetop, they had removed their carbon emissions around cooking. But this reveals a misunderstanding about the metrics of solar because induction uses way more energy than the battery inverter can handle. Further to this, most cooking is done in the evening, so the induction stovetop will use plenty of fossil-derived energy from the grid.

It is even possible that replacing your gas stovetop, with induction and solar, uses much more gas at the power station than your previous arrangement. Such is the nature of our present grid system and market function. But while the carbon arithmetic doesn’t justify replacing gas with induction, it sounds like a good claim on Facebook.

The point is, we need to shift the conversation from lifestyle and self-expression to something much more grounded.

So how do we get real?

One obvious way to do that is by addressing the feed-in tariff issue.

The small, fixed amount, solar panel owners receive from electrical retailers is called a feed-in tariff or FiT. It says more clearly than anything else, that solar panels are a lifestyle choice. Something to play with, but of no real value to our energy problems.

That needs to change.

We need to offer people the real price of electricity. A domestic spot price that is free to go up or down, maybe even negative! This is a sine qua non if we are going to transform the current situation from the perverse incentives and problematic consequences that exist at the moment.

We need to create local electricity markets (LEMs) so that people can get serious about trading their electricity. These markets will start to reflect the true value of the energy that is being created every day, by solar owners. We need dynamic pricing, based on time and place, that responds to the precise value at that moment and location on the grid. When the markets are there, a closer true value will emerge, in both spot terms and as an annual average.

The technology to do this has been established already. Blockchain-enabled transactions that settle transactions automatically. There are various reasons why no one is in a hurry to achieve this transformation of our electricity and energy markets, but that has to change.

When we install serious markets for our everyday electricity users, the seriousness and the true value of what they are doing will become apparent, and not just to consumers in Australia and California.

The market will gradually enable a generation to buy solar because it makes economic sense to trade electricity with your neighbors on the grid, rather than aiming to get likes from your Instagram followers.

Far from being a lifestyle choice, we have to recognize that energy is too important to be left to do the job of establishing bragging rights, or philosophical and lifestyle leanings.

If we don’t alter the feed-in tariff terms, solar owners will eventually pull out, and stop wanting to feed in their power.

If we can learn this lesson, we’ll be one step closer to becoming independent of petrostate leaders flexing their muscles.

And we will have re-established energy to the place it deserves.