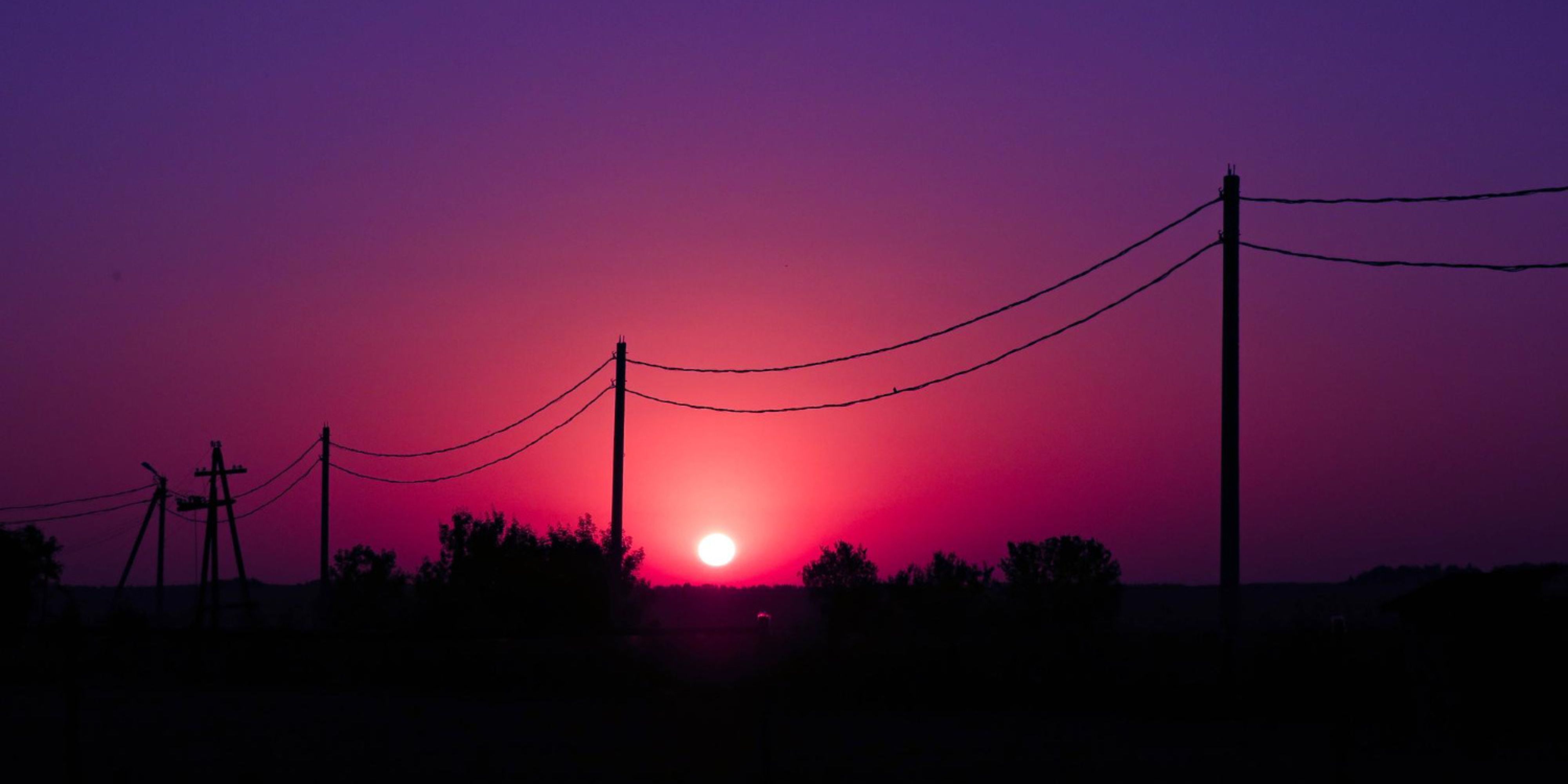 Energy congested by a lack of realism: will we need a stick or carrot for 24-hour renewable power?

If we were to come back in 30 years and judge how accurately we saw the energy revolution in the year 2021, how well would we think we were doing? Are we “on track” in some way? Are we off-track? Or are we both off-track and guilty of massive self-delusion?

To raise this question is to raise a theme that has been running through much of the energy discourse over the last few months.

In a recent television commercial the comedian Will Ferrell asks the American consumers to buy electric vehicles (EVs), so that the United States can compete with Norway, on its massive take-up of EVs. In Norway 60 percent of vehicles are electric, and Ferrell’s mission is to help America ‘get even’ with Norway for being a laggard on renewables.

It is a funny and engaging metaphor for a commercial and plays with the virtue—signaling that has become part and parcel of climate change dialogue.

However, the very premise of the ad belies all the details that make Norway such a special case.

The country may have a large number of EVs, but it has hardly done so in a typical economic context. Norway has no less than 136.4 terawatt-hours per year of hydropower — clean electricity that equals to 90 percent of its national requirement. They can also subsidize their fleet of EVs to the tune of 60 percent with income derived from Norway’s prodigious oil industry that spawned in the seventies.

Few countries can make such a case for EVs, as Norway can.

Nevertheless, the intricate details of a hydro-blessed economy should not get in the way of a strong commercial message.

Of course it will not be the first time advertising has given us an aspirational view of our world. Yet what is noticeable is how much of the messaging out there gives us the impression that we are only a matter of months away, from a surge in the transformation of our energy supply.

In fact, this future overoptimism is everywhere you look. An advertorial promising the ‘crucial’ importance of carbon capture technology, in the run-up to the Glasgow climate conference, is yet another example.

One of the most astute observers of this overoptimism is Michael Cembalest.

Working with academic Vaclav Smil for J.P. Morgan, Cembalest has plotted an interesting chart of the rampant futuristic optimism that has driven this sector for decades.

It shows that time and time again, ‘experts’ predict the take-off of renewables every five years to exponential levels of increase and yet the reality is showing a mere snail's pace increment.

Cembalest feels that the optimism and the reality are heading for a mighty collision soon, and that something will have to give if any progress is to be made.

Reading through his 11th Annual Energy Paper for J.P. Morgan, you cannot help feeling that he has arrived to pour a dose of cold water on anyone expecting an easy cure, for excessive carbon consumption.

In my interview with him, Cembalest points out that the ratio of papers on carbon capture to actual projects launched is higher than any other field of science research. The ratio implies an index of disingenuity. Certainly reading headlines like the one proclaiming that the technology is “emerging as crucial” (see 'To have and to hold' piece from the Sunday Times above) leaves one a strong impression, that no one is letting the facts get in the way of a fanciful story.

Talking to Cembalest, the full distrust of our institutional nimbyism and its effect on us getting to grips with our carbon predicament becomes even clearer.

The United States, he points out, is an extremely federalized country; China is not. Much as we like to complain about China’s relationship with coal and boast about the United States’ technological enlightenment, some of the actions required to meet carbon dioxide targets simply cannot be achieved by a country with too evolved a sense of human rights.

Take for an example the kinds of measures required to stabilize grids across the United States. Building larger and more interconnectors would certainly help in the integration of variable renewable assets. Yet the chance of getting such a project across the line, or rather across a number of state borders without someone blocking the process, is a project that might take a quarter of a century.

For example, says Cembalest, when the United States tried to import hydropower from Quebec to Massachusetts, Vermont stopped it. As building a power line through different territories in the United States is an expensive, legally intensive hard slog, no one wants it in their backyard, even though the common good might be clear.

In China, as Cembalest points out, they simply tell a few thousand people they have to relocate, and that is usually the end of it.

All of which suggests that the United States, despite whatever Biden can throw into the mix, will struggle to meet its energy targets, or secure grid stability in an era of renewables.

Cembalest’s analysis does not stop at the United States, however.

“Germany’s federal system was modeled on that of the United States so it’s got the same flaws, which means it’s no surprise you get the same kinds of dysfunctions,” says Cembalest. “And indeed the problems of Germany’s grid are becoming all too apparent as its renewable energy levels approach 50 percent,” he says.

Will Germany build an interconnector? No, says Cembalest for all the reasons that the United States grapples with. This is because they have a strong federal tendency with lots of states (Bundesländer) saying not in my backyard and blocking a nationwide effort from going through. The Bundesländer of Germany are simply not bought into the national strategy and do not want ugly pylons on their turf.

Neither do those states want to pay for tunneling the cables underground, so the result is stalemate. This paralysis means the nation is left with highly expensive kilowatt-hours and is now missing its carbon dioxide targets.

The optimists will not be discouraged by this Cembalest’s type of analysis and will continue to see quick changeovers and transformations, as they have done for the last 50 years. And none of this analysis will stop marketing strategies based on wishful thinking and utopian science, which remain decades ahead of reality.

It’s not the destination but the journey

Perhaps, rather than focusing on the end goal, we need to be focusing on the means of transitioning to it. Rather than asserting change will happen, maybe we should think rather more carefully about how we are going to incentivize people to make numerous incremental changes needed in the new energy landscape.

Perhaps this is where the smart money is: Finding ways to incentivize the right sort of changes.

Renewable Energy Certificates (RECs), a way various carbon-intensive businesses can sponsor renewables and increase their claim to greenness, have been a wonderful stimulus for change.

However, in recent months, there has been a call for them to up their game. This has not just been from regulators, but from clients like Google and others who want a more precise product that sends more nuanced market signals about energy.

EnergyTag, the brainchild of Toby Ferenczi, is a non-profit, industry-led initiative. One of its key recommendations is this: For the renewables industry to grow meaningfully we need to see time and place-specific RECs become a standard issue certificate.

That is why we are seeing the introduction of time and place denominated RECs telling you to the nearest 15 minutes and 100 miles where electricity is being created, so that the load profile can match the generation profile. And the technology to do this on an industrial, reliable, and trustless scale is of course blockchain.

In this new blockchain world with precise denomination, there are new products coming onto the market. Ferenczi is pioneering the use of batteries in combination with RECs, which allows a REC that was generated at noon to reposition its timestamp to later on in the day. This promises to improve the investment returns for batteries, enabling more projects to be built, sooner.

Many of the solutions being tested are using blockchain technology: from the recording of electricity generation devices and device IDs, to tracking outputs of energy including time and place attributes, to the tokenization of RECs for efficient trading and settlement between counterparties. By using blockchain technology, accurate market signals are being sent and the investment starts to mirror the need, not the hype.

Behind this innovation is a belief that we need a consumer population that cares as much about where their energy has come from as whether their bathroom products have palm oil inside. Ferenczi argues that until and unless we have a discerning consumer base, who knows and understands the issues around energy, we won’t have cleaner energy. “Many countries have had early success in deploying clean energy meaning that on windy, sunny days you can hear reports of the grid being entirely renewable, which is misleading of course as there’s still a long, long way to go,” says Ferenczi.

This is not the only movement to try and connect us with a better sense of energy reality.

Elsewhere electrical grids are starting to look at local energy markets and ask how these too can help ease us into a new future.

Local energy markets are what happens when the state power systems start to operate on a semi-commercial basis alongside PV owners selling their rooftop solar power.

That interaction which changes day by day, minute by minute, and neighborhood by neighborhood allows for the evolution of a truly responsive organic market. As that market matures, the value of storage and batteries becomes apparent and gradually the components of tomorrow's electricity system are put in place.

It is not an overnight change, but rather a gradual process of finding a way towards the new future.

Perhaps the biggest debate on the horizon is whether we as a society will have to become more authoritarian, as Cembalest contends, or whether the market will take us there through our individual choices.

Will we all have to make climate rulings that seem to dominate the handling of COVID-19 with whole sectors of people feeling disenfranchised and bullied?

Or will a sophisticated market system help us make our way towards net-zero without creating a sense of unbearable sacrifice to do so?

Let us hope it is the latter. However, a clearer picture will have to wait until we collectively have a greater handle on reality and suspend our utopian daydreaming of carbon capture.